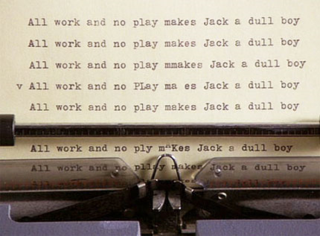 The only specific case mentioned was a 2010 trial in which the defendant was convicted of mortgage fraud and attempting to hire a hit man to kill a potential witness. The outcome in that and other cases may be called into question because of the lack of an adequate transcript, the Post said. Judges in Manhattan have reportedly been holding "reconstruction hearings" in which everybody involved in affected cases gets together and tries to remember what happened.

The court reporter, who has since been fired, conceded he'd had problems with substance abuse in the past but denied he had ever typed "gibberish."

I imagine a lot of us have spent some time hitting random keys or repeatedly typing "I hate my job" (or words to that effect), it's just that court reporting is one of the few jobs in which that's going directly into the official record.

Scanners Successfully Locate Things for TSA to Steal, Not Much Else