A conservative activist angry about the Supreme Court’s opinion in Kelo vs. City of New London, which allows local governments to condemn private property when that will serve the public interest, has asked the city where Justice Souter’s farmhouse is located to turn the justice’s house into a museum.

The letter cites Justice Souter’s majority opinion in Kelo as authority for the condemnation, and argues that the move is justified because the proposed museum would bring in more than the $2,895 in property taxes that Souter paid on the farmhouse last year. 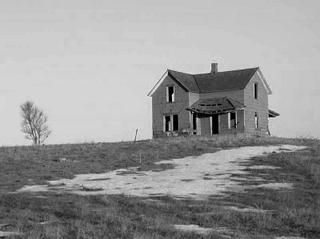 No, this is not really Souter’s house, but it probably looks something like this.