Whether or not this defense will work in the context of possible prosecutions for torture enhanced interrogation techniques remains to be seen, but it does not seem likely to help dodge a speeding ticket.

Sources reported today that a man caught speeding in Hawkins County, Tennessee, may now face federal criminal charges after telling the Mount Carmel Police Department that he could travel at any speed because he was a deputy director of the Central Intelligence Agency.  Scott Gibson was sent a ticket after speed cameras allegedly caught him going 66 in a 55-mph zone on June 29th.  Gibson sent the ticket back to the department with a handwritten note saying that he was a deputy director of the CIA and that he did not have to follow the speed limit in Tennessee or anywhere else in the United States.  (Or, presumably, anywhere else in the world.)  Police seem to have become suspicious of his note.

"We were certainly suspicious of his note," said assistant police chief Mike Campbell, although he did not say what exactly had piqued their interest.  Maybe it did not seem likely that a deputy CIA director would be on urgent national-security business in eastern Tennessee, or that if he was, he would drive instead of taking a helicopter or using a jet pack or something, or that if he did drive, his tradecraft would be so poor that he would be caught by a local speed camera.  Based on his mugshot, Gibson's skills in disguise, at least, are either astonishingly good (if he is a CIA director), or terrible (if he is not). 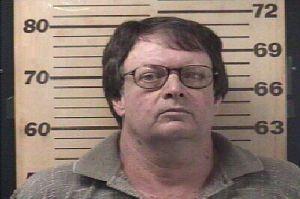 He does, however, appear to have confused the authorities as to his height, or maybe there is something wrong with their scale.  He seems to be either five feet eleven inches or 80 centimeters tall, unless there is a third system still in use in eastern Tennessee that I'm not aware of, like imperial gallons or something.

In any event, one problem with claiming to be a CIA director, when you are not, is that it is possible to actually call the CIA and ask whether they have any deputy directors by that name.  Maybe Gibson thought they would refuse to either confirm or deny this fact, but it appears that this is an exception to the general rule.  After the CIA ratted him out, Gibson was arrested and charged with criminal impersonation of a federal officer.  I'm not sure what the penalty for that is, but it's probably worse than the $75 ticket would have been.

Don’t Bring a Knife to a Beer Fight