My concern is that if they've decided this rule doesn't apply to them, where will it end? 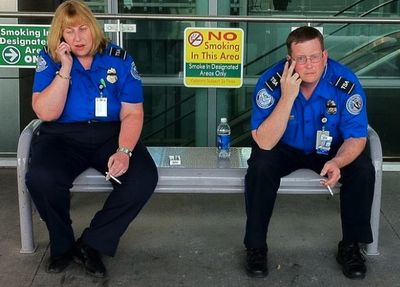 Before you know it, they'll be failing to fully respect the Fourth Amendment.

I don't have a source for this picture (please let me know if you do), but This picture looks real to me. That is, one of them's not paying attention at all, and the other one's only bothering because he's pissed that somebody's taking a picture of him doing something wrong. So that seems true to form.

Polling Firm Says John Edwards Is Its Most Unpopular Person Ever