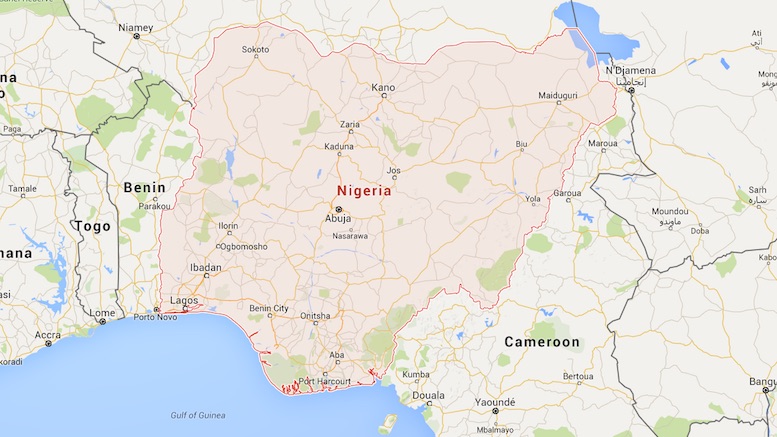 If you are in the legal profession, may you never be required to utter the following sentence:

Bamidele Aturu had the opportunity to say these words, though I suppose he was not required to, because his client had been falsely accused of ingesting drug packages in order to smuggle them into Europe. Babatunde Omidina, a popular Nigerian actor and comedian who goes by the stage name of “Baba Suwe,” was arrested last month at the Lagos airport while waiting for a flight to France, after one of those infallible body scanners indicated that he had drugs in his stomach. 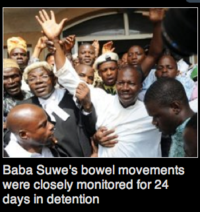 “All my defecations were innocent!”

Because of Omidina’s popularity in Nigeria, his arrest was big news. The drama only escalated over the next 24 days, “during which his bowel movements were earnestly followed by authorities and the media.” The remarkable thing about that — other than the fact that a celebrity’s bowel movements were being “earnestly followed,” and Baba Suwe’s evident regularity — was that after 23 days of negative bowel movements they apparently still kept him one more day just to see what might come of it. Did they think he was hiding all the heroin in his appendix until the heat was off?

Personally I’d start agitating for my client’s release after the first two or three productions of evidence, but maybe I am unclear on the medical realities here. According to an article in the Nigeria Tribune, the government claimed that some suspects had excreted evidence only after one to two weeks of incarceration, but is that even possible? I’m guessing that in those cases “excreted” meant the cops got tired of waiting and put it in there themselves.

The Tribune’s coverage of the story is quite extensive, and it at least appears to be a reputable source despite the headline chosen for that particular article, “Baba Suwe Yet to Pooh Suspected Drug.”

And that was back on October 15, just three days after the arrest and so before it would have become entirely farcical. On October 16, the Tribune confirmed (“Baba Suwe Excretes Again Without Any Drug”) that Omidina had indeed completed a repeat performance. Evidently, there had been “conflicting reports on the true position of things” at that time, “with a section of the media reporting on Saturday that Baba Suwe made the first excretion on Friday while others said he was yet to.” Kudos to the Tribune for setting the record straight.

On the 19th, the Tribune reported (“Baba Suwe Excretes Again, Yet No Drug Found”) that Omidina had negatively excreted for the third time in seven days, and quoted a doctor as saying that there was already reason to doubt the smuggling claim. The packages should have appeared after a week, he said, and if they had not appeared because they had ruptured, Omidina would have been in serious medical trouble rather than continuing to deposit proof of his innocence. Instead of releasing him, however, the agency asked for and got permission to hold Omidina for two more weeks.

At some point thereafter, agency spokesmen stopped discussing “how many times Baba Suwe had excreted,” saying they could not comment on an ongoing investigation.

On Friday, at long last, the agency finally admitted defeat. The judge apologized to Omidina, wished him well, and said he was free to go. Fans and supporters cheered as he and his vindicated bowels left the building in triumph. Unsurprisingly, he is said to be considering a lawsuit, but one report said he may also make a movie about his experience. I don’t know – if I wanted to see a movie with that much crap in it, I’d just watch “Armageddon” again, but at least this one might be a comedy.

Another Consumer Says He Was Duped by Froot Loops

Canadians Get More Leeway to Joke in Airport-Security Lines