A 67-year-old South Korean man who lost millions gambling is appealing a decision in which a court ordered a casino to pay him the equivalent of over $2 million (U.S.) in damages for allegedly turning a "blind eye" to his gambling addiction.  He says the $2 million is not enough.

Please note: All values in this post have been converted (very roughly) to U.S. dollars from the original South Korean currency, the won, to spare you any confusion over how much won he won or, more accurately, did not win.  (There is no additional charge for this service.)  Currently, a U.S. dollar will get you about 1,269 won, or one item at your local "Everything's 1,269 Won" store. 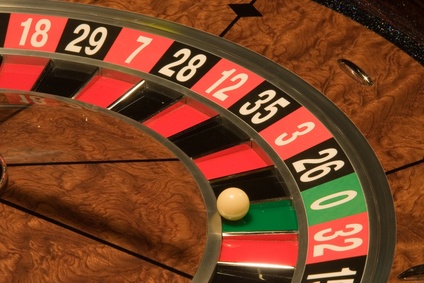 The man, identified only as "Chung," claimed that the Kangwon Land casino knew he was betting more than the casino limit, but let him do so.  Mr. Chung contends it is therefore responsible for the $23 million he lost.  This was not, however, a simple case of betting more than the limit, which was about $8,000.  It appears that the casino enforced this.  But, feeling constrained, Chung ingeniously hired other people to act as "subordinate bettors" so he could bet more, indirectly.  He apparently employed as many as five subordinate bettors at once, allowing him to bet up to $48,000 at a time, and thereby lose much faster.  Over a span of about four years, Chung claims he lost a total of $23.5 million, as a result of the casino turning a blind eye to the activities of his six-member wagering team.

Again, Chung won in the trial court (that's the English word "won," emphasized to suggest surprise) in the trial court, which awarded him over $2 million.  And so, of course, he is appealing, hoping to force the casino to pay him the full amount.  (I assume the damage claim includes whatever he was paying his subordinate bettors, but the report didn't say.)

Lawyers for the casino were quoted as saying that Chung lost the money in a "voluntary and normal way." It seems sort of voluntary, but not that normal.

This is the largest gambling-addiction lawsuit that I'm aware of since, well, since May, when Harry Kakavas sued the Crown Casino in Melbourne for causing him to lose $30 million (Australian dollars now).  Kakavas claimed Crown Casino had primed him with $30,000 in "lucky money," which turned out not to be very lucky since he lost all of the lucky money plus another $29.97 million in even less lucky money.  (To be fair, they didn't say who the "lucky money" would be lucky for.)