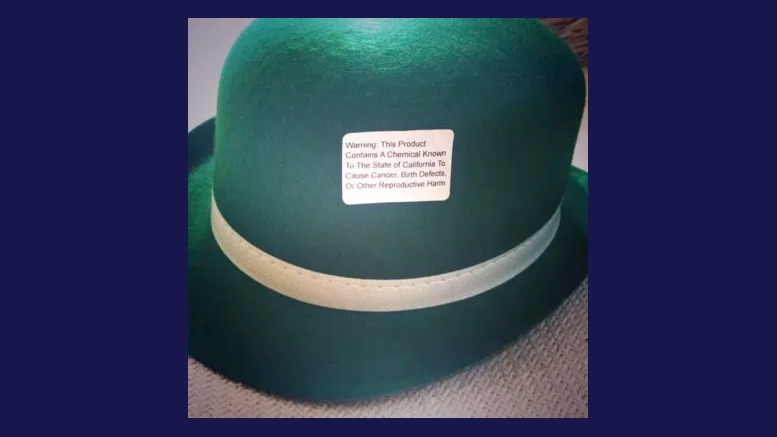 Here’s yet another example of California’s Prop 65 “warning” label, which has become ubiquitous and therefore pointless for reasons I semi-explained a while back when somebody wanted it put on all cooked meat: 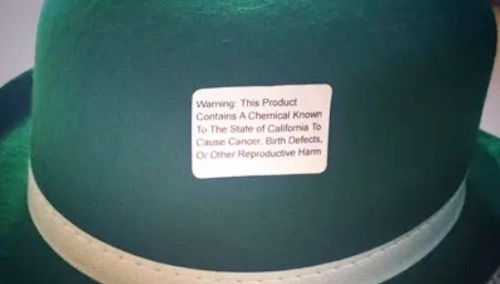 That appeared on Mia Matsumiya’s Twitter feed with the message, “[Expletive]. I seriously regret not reading the label before wearing this leprechaun hat on my uterus! Happy St. Pat’s.”

First, if anyone wants to take a stab at calculating how long you’d have to wear one of these (on any body part) before it would measurably increase the risk of “cancer, birth defects, or other reproductive harm,” please let me know the number of millennia you end up with. (If the thing turns out to be made of plutonium-laced asbestos, consider my opinion revised. Otherwise, not.)

Second, anybody who wears a leprechaun hat 24/7/365, or frankly on any day other than March 17, should probably not be allowed to reproduce anyway. So that solves that problem.

Can a Mug Shot Also Be Evidence of the Crime?