It's too late to vote this year in Hanover, Manitoba, because Election Day was October 22. On the other hand, if your main interest was the referendum on whether to repeal the town's long-standing ban on alcohol sales, don't feel bad, because it turns out the town never actually had a ban on alcohol sales.

Or, at least, nobody can prove it did. 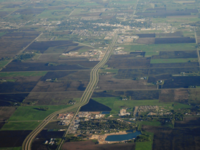 Hanover is a rural municipality southeast of Winnipeg, comprised of about 14,000 people living in five townships and points inbetween. According to a 1982 history by local resident Lydia Penner, the area was set aside for Mennonite immigrants from eastern Europe in the 1870s, but was turned into a municipality in 1881. While some nearby communities voted to repeal alcohol bans over the next century, Hanover never did. In fact, it had held at least one prior referendum on the issue, in 2006, but the repeal measure failed by just 30 votes. The issue came up again this year because a restaurant owner had expressed interest in serving alcohol, so another referendum was prepared.

This time, somebody seems to have actually checked the existing bylaws. Noticing they did not include a ban on alcohol sales, the town hired some lawyers to check further. "We went back to 1880," said the reeve (mayor), Stan Toews, "and we could not find a bylaw that said Hanover is dry."

This was news to him and apparently everyone else. Towes, who is 63, said he had lived in the area his whole life and that the municipality had been "dry" as long as he could remember. Apparently people there have either not been drinking at all, have been traveling to the nearby safe zones to buy alcohol, or have been going to the one convenience store on the edge of town where alcohol was sold. "Municipal officials have left it alone" for decades, the National Post noted, although it turns out they have been turning a blind eye to something that was never illegal.

"It's been there since the early '70s," Towes said, "and I've often asked, 'How did this come about?' But nobody seemed to have the history." And apparently nobody thought (or cared enough) to look for it during the next four decades.

It appears that at least conservative Mennonites do not drink alcohol, so this may be where the idea originated. Penner's history doesn't mention anything about this one way or another, but does note that for decades very few bylaws existed. In fact, only five were passed in the first 30 years. Penner states that for reasons such as language barriers (most spoke only Russian or German) and "their teaching against taking fellow believers to court" (see 1 Corinthians 6), "the Mennonites of Hanover avoided the entire paraphernalia of the legal system as much as possible." In particular, as the minutes of a 1917 meeting record, "the council thinks it is advisable to pass as few by-laws as possible." Herein lies wisdom.

There still are relatively few by-laws in Hanover today, at least judging by its website. After October 22, there are now exactly the same number governing alcohol sales as there were before: zero.