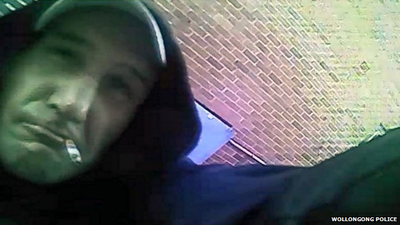 According to the BBC (thanks, Harry), this guy stole two CCTV cameras on Sunday, taking his own mugshot in the process. The image was first posted on the police department's Facebook page, but that appears to be down at the moment so I don't know whether they've found him yet.

I'm generally opposed to having surveillance cameras everywhere, but will admit that they can serve as useful criminal-intelligence tests.