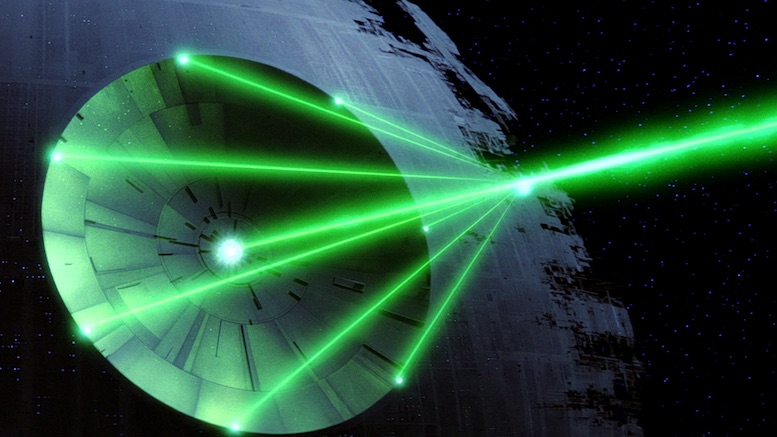 A minor disturbance in Richmond

There are of course many towns that have declared themselves “nuclear-free zones,” but Richmond, California, is the first one (to my knowledge) that has taken the time to call for a ban on space weapons.

WHEREAS, the Space Preservation Act and the companion Space Preservation Treaty has established a permanent ban on all space-based weapons, on the use of weapons to destroy or damage objects or persons from or that are in orbit; and the permanent termination of research and development, testing, manufacturing, production and deployment of all space-based weapons; and

WHEREAS, the Space Preservation Act, companion to the Space Preservation Treaty, introduced by U.S. Congressman Dennis Kucinich (D-Ohio), requires the U.S. President to continue enforcement of banning space-based weapons and the use of weapons to destroy or damage persons or objects that are in or from orbit; and

WHEREAS, the well-being of all residents is of the upmost [sic] importance to the City of Richmond;

Emphasis added. In the accompanying report (see Resolution I-1 and supporting documents), the resolution’s sponsor clarified that this concern is not just speculation. She states that three years ago, she personally met a Richmond resident who informed her that “she was a survivor of such horrible attacks.” Who zapped her and exactly what they zapped her with is not made clear. But “[a]ccording to her description, these government patented technologies and weapons interfere [with] and disrupt the targeted individual’s health physically and psychologically by remote transmission.” (Translation: they hurt people from a distance.) The sponsor has been informed that “many survivors” of these attacks have reached out to city officials, only to be mocked, dismissed, stonewalled, ignored, or called “unstable.”

In Richmond, at least, that is now a thing of the past.

Nothing against the Richmond City Council, but it might also be a good idea to alert some higher authority to the continuing space assault. Congress doesn’t seem interested, though, because while Rep. Kucinich has indeed introduced a “Space Preservation Act“—at least three times, in fact—it never got out of committee. You could try the United Nations, but despite what the resolution says there is currently no “Space Preservation Treaty” that bans space-based weapons. Nations that have signed the Outer Space Treaty have agreed not to put weapons of mass destruction up there, but that obviously doesn’t cover whatever is being used to harass this lady in Richmond from orbit.

So things do not look good in the short term.

Pilots Who Forgot to Land No Longer Allowed to Fly

“Everything About This Case Turns Out to Be Stupid,” Says Judge

“Do You Hate Me” Found to Be Useful Voir Dire Question