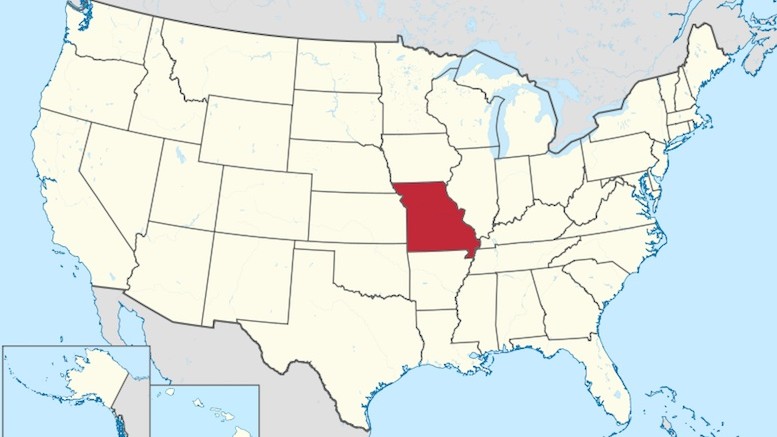 As you probably know, “gerrymandering” is the practice of redrawing the borders of a voting district for a specific purpose, usually if not always to make sure it has more of your supporters than opponents in it. This is nothing new, of course, but few gerrymanderers can have failed more spectacularly than those who crafted the Business Loop 70 Community Improvement District in Columbia, Missouri.

After the district was established, the property owners voted for a property assessment (basically taxing each other) that is expected to bring in about $50,000 a year. But that’s not enough for the projects they have planned, so they also intended to enact a half-cent sales tax to raise another $220,000. Even though this tax would be paid by other people, most likely those who live nearby, under the CID law it could be imposed by the property owners acting alone because there are no registered voters living in the district. And after all, that’s why the district looks sort of like the Battlestar Galactica instead of some respectable polygon. As the Tribune put it, many nearby homes “were not included in the district when it was drawn because district organizers wanted a district free of residents.”

And they almost got it.

The note “Henderson’s residence” on the map indicates the home of University of Missouri student Jen Henderson, who, it turns out, is the only registered voter living within the Business Loop 70 CID. But because there is in fact at least one registered voter there, the law says the property owners don’t get to vote. As a result, Jen Henderson, and Jen Henderson alone, will decide whether the sales tax passes.

Henderson has been registered since February, before the CID was created. It’s not clear from the report how they missed her when creating the district, let alone when they held the vote in April to impose the property assessment. Since the property owners were taxing themselves with that one, they might have assumed (accurately) that nobody would really care. But in May, when planning for the sales-tax vote, they did contact the county clerk, who gave them the bad news that they had missed one registered voter.

According to Henderson, the CID’s director then contacted her to ask if she would consider “unregistering” so the property owners could make the decision they have already decided to make. Unfortunately, they had the bad luck to overlook one of the relatively few voters who actually cares.

Henderson said she would consider the request, but the more she researched it, the proposal “just didn’t seem to be as good as they were saying to me at first.” While she has not made a decision, she says, “her concerns include vague project outlines, [the director’s] pay, Business Loop improvements she said will help businesses but not nearby residents and how an additional sales tax would affect low-income people purchasing groceries and other necessities.” Boy, I bet they would really like to make one small change to the map right about now.

1881   H. C. Lodge in J. Winsor Mem. Hist. Boston III. 212:   “In 1812, while [Elbridge] Gerry was governor [of Massachusetts], the Democratic Legislature, in order to secure an increased representation of their party in the State Senate, districted the State in such a way that the shapes of the towns, forming such a district in Essex [County], brought out a territory of singular outline. This was indicated on a map which Russell, the editor of the Centinel, hung in his office. Stuart, the painter, observing it, added a head, wings, and claws, and exclaimed, ‘That will do for a salamander!’ ‘Gerrymander!’ said Russell, and the word became a proverb.”

The group is not required to hold the election, of course, and they are apparently considering whether or not to go forward. The director—who it sounds like should not be in charge of voter outreach, if they do go forward—told the Tribune that they have “two options: hold the election or not.” There is a third option, of course: modify the plan in a way that might persuade the voters voter to support it. That doesn’t seem to be on the table here, but it might actually be easier than trying to gerrymander your way to victory. Just a thought.

Update: According to a Tribune update (thanks, Glenn), the CID board has decided not to decide whether to hold the election. Since it made this (non)decision after a meeting this morning that Henderson attended, it sounds like they still haven’t convinced her. The article says that board members “suggested ways to draw Henderson out of the district”—which I’m sure was much less sinister than it sounds—and also “discussed lobbying for a law to exclude groceries from the sales tax to alleviate her concerns” about poor people. (I guess they don’t have the power to tinker with the tax, just to pass it. Although they don’t have the power to do that now either.) No decision was reached, however.

Update 2 (Sept. 4, 2020): This lawsuit, or an amended version of it, is still pending. According to this report, the CID discovered that there were in fact other voters within it. Actually, the report doesn’t make clear how the CID discovered this, saying only that “additional registered voters were found.” Not only were additional registered voters found, just enough additional voters were found to win the election, which the CID proceeded to hold in December 2015. It won 4-3. According to the report, a court dismissed Henderson’s case without prejudice, but then refused for three years to enter a final order that could be appealed. In 2019, the Missouri Supreme Court ordered the lower court to do that, and the dismissal was reversed. Thus, the lawsuit is still pending.

Update 3 (Sept. 24, 2020): And the defendants have added a counterclaim for malicious prosecution.

You Unsuccessfully Messed With the Zohan