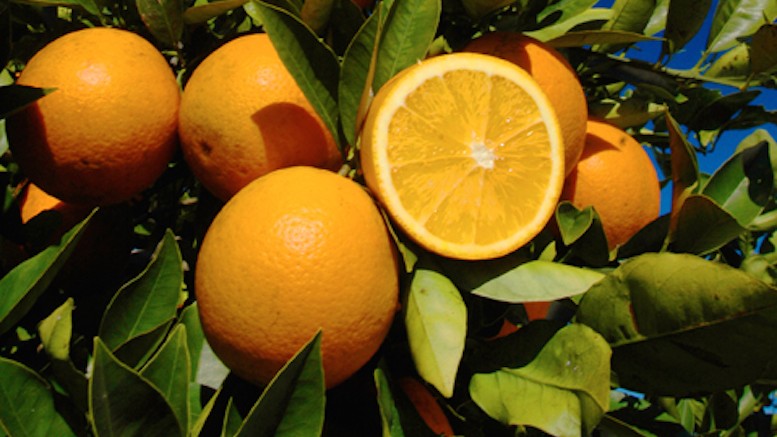 A Florida man (no surprise there) has been charged with stealing some oranges, according to the Florida Department of Agriculture. Mostly oranges, anyway; depending on the mix and type of fruit he took, the number of oranges involved was probably upwards of five million. So if a dude offers you what seems like an awesome deal on a couple million oranges, you should probably just walk away.

According to a press release issued by the department on Friday, the man, who owns a citrus company, entered into a variety of contracts with citrus growers last spring, and he took the fruit but never paid for it. I say “he” took the fruit, but he probably had some help: in a five-week period last March and April, the release says, he “removed” 33,576 boxes of oranges and 1,599 boxes of grapefruit from their respective groves, and then after taking a day off he removed another 10,907 boxes of oranges during the next two weeks. He also took another few hundred boxes from a couple residents of Bartow, Florida, possibly because he just got bored during some downtime and thought, maybe I’ll steal 180 boxes of citrus fruit from that guy over there while I’m waiting.

All told, the department said, he illegally acquired more than four million pounds of citrus, about 95 percent of it oranges. Depending on who you believe about the average weight of an orange, this is something like five or six million of those.

I go into the numbers partly because, according to CNN, “it was not immediately clear what happened to the four million pounds of fruit,” so now we have the mystery of how five or six or eight (or whatever) million pieces of fruit could just basically vanish. And I know that, like me, you immediately think back to that time somebody just quietly snuck like 1o million pounds of maple syrup out of the Global Strategic Maple Syrup Reserve. See “Who Stole the Global Strategic Maple Syrup Reserve? And How?” Lowering the Bar (Sept. 14, 2012). Those guys apparently did it a (relatively) small amount at a time for most of a year, but that was still pretty frigging mysterious as far as I’m concerned, and still is.

One difference is that the syrup raiders looted a not insignificant amount of the entire world supply of the precious goop—after all, the whole reason the industry cartel keeps it locked up there is to stabilize world prices, so it has to be not insignificant. Whereas four million pounds of citrus/46,000 boxes is something like two one-hundredth of one percent of Florida’s titanic citrus output (and that’s just Florida). So it would presumably be a lot easier to fence a few boxes of oranges here and there than it would be to try to unload a drum of maple syrup under the radar, especially in Canada.

Still, four million pounds seems like a lot of pounds to move around without anybody noticing. I would just be wary of anybody who drives up with a semi full of citrus and offering to cut you a deal on a few thousand boxes.

The Florida D of A says the alleged culprit has been booked on charges including scheming to defraud, grand theft, and “dealing citrus without a license.” Piece of advice: if you get convicted and the other prisoners ask what you’re in for, go with “grand theft.”