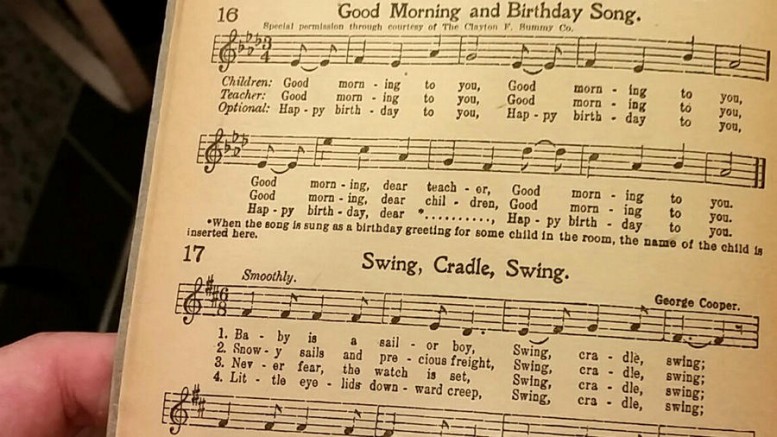 This chapter of the long-running legal saga involving “Happy Birthday” has been pending for a couple of years now. I first mentioned it in June 2013, after “Good Morning to You Productions Corp.” sued in New York, and then again a week later after two nearly identical lawsuits were filed in Los Angeles. Yesterday’s ruling was in one of the L.A. cases, which may in fact be a consolidated version of all the cases—I suggested in my second post that something like that might happen, but now do not care enough to go back and find out if it did. In any event, in a lengthy decision (story and link at the L.A. Times), Judge George King of the Central District of California has ruled that Warner/Chappell could not prove that it has a valid copyright in the lyrics to “Happy Birthday.”

I don’t think this is the same as ruling, as most of the reports say, that the song is “in the public domain.” As the opinion explains (and so does this really good 2010 article by a law professor), although it is clear that Mildred and Patty Hill wrote the melody for a song called “Good Morning to All,” and Patty wrote the lyrics for it, it is not clear who wrote the familiar “Happy Birthday” lyrics that were attached to the melody later. Plainly, whoever did that was a musical genius of the first order, but it just doesn’t seem to be clear who it was.

Everybody agreed that the melody itself has been in the public domain for a long time. The dispute was about the lyrics. Warner’s argument has been that the Hill sisters wrote them, held onto the common-law rights for a few decades, and then transferred them to a company called Summy Co., which copyrighted them in 1935, and that Warner’s rights derive from Summy Co.’s rights. Plaintiffs “challenge[d] nearly every aspect of this narrative.” 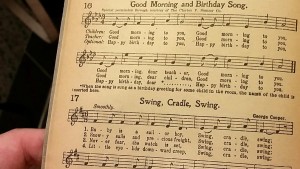 Plaintiffs tend to do that, but here the judge held that they had grounds to do so, or at least that there were disputed issues of fact on nearly every aspect of this narrative. That is, both sides had moved for summary judgment, saying the facts supported their view and that the judge could decide without a trial. It looks to me like the judge either did not rule or found that there was a material dispute on every aspect but one: whether Summy Co. ever got the rights from the Hill sisters.

Plaintiffs’ argument here was that the only evidence Warner had to support this was evidence showing Summy got the rights to a “piano arrangement” of “Happy Birthday.” But that doesn’t show it got the rights to the lyrics, they argued, and this shifted the burden to Warner to come up with some evidence showing it could prove that part of its case if there were a trial. It was unable to do that, the court held, so Plaintiffs won.

This may seem a little backwards, because Warner was the defendant and, even in California, plaintiffs have the burden of proof.  But I think it’s right, because as the court points out, the ultimate issue is really whether Warner could enforce its copyright claim if it tried to sue someone for using the song. In a case like that, Warner of course would be the plaintiff. So to beat the declaratory-judgment claim here, it essentially had to show it could meet its burden of proof, and it couldn’t.

Yes, that last paragraph was pretty nerdly, and I almost put it in an inset paragraph marked FOR LEGAL NERDS ONLY. But then I didn’t, because various plaintiffs’ lawyers are asserting in press releases that the ruling means Warner now has to pay back all the royalties it has ever collected on “Happy Birthday,” and I’m not sure that’s settled yet. I don’t think it can enforce its claim anymore (unless it wins on appeal, of course); the declaratory judgment claim probably settled that. But if plaintiffs want to force it to pay money (and trust me, they do), on that claim they should have the burden of proof. And given the nerdly summary-judgment issues above, they still might have to go to trial on that.

They also need to convince the judge to certify their case as a class action (which he hasn’t done yet), at least if they want to force Warner to pay a lot of money. (And trust me, they do.) “Everyone who has a birthday can claim victory today,” one lawyer’s press release says, so I guess we’re all similarly situated.) I’m not at all saying they can’t or won’t or shouldn’t win, only that they may not have won yet.

So again, good news: you may be getting a form in the mail someday allowing you to claim dozens or even hundreds of cents as a member of the “Happy Birthday” class. Or maybe you’ll just get a coupon for one free “Happy Birthday.” But still, justice will have been done.

No, I Don’t See Anything Wrong With This Lawyer Ad. Why Do You Ask? [Updated]