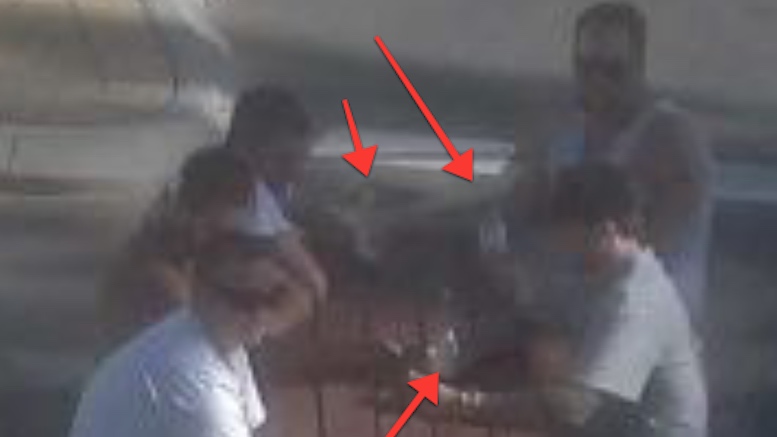 Could this be evidence of drink driving? Or drunk driving? 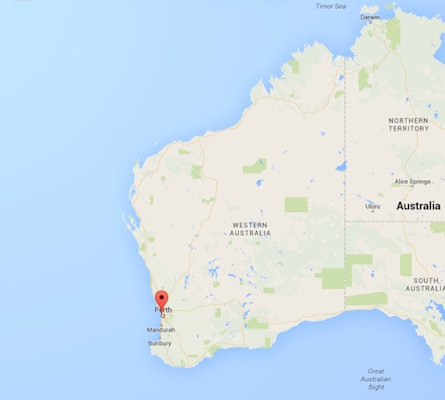 And not very far north, east, or south, either.

Police in Perth have asked the public for assistance in locating nine individuals who were recently seen riding around the Scarborough Beach area on two motorized picnic tables.

The only assistance I personally can give, other than passing on the request, is to point out that the search area need not be extended to the west.

According to ABC News, Western Australia police were unamused by the pictures and video footage that appeared on social media recently, showing the nine men riding through town on the two devices. These images don’t provide much detail, but the devices appear similar to the one Greg Lafferty patented in 2003, which to my surprise I apparently haven’t mentioned before but am now mentioning. See U.S. Pat. No. 6,637,349: Motorized Picnic Table. Of course, they would necessarily at least appear similar, because there are probably only so many ways to motorize a picnic table. I express no opinion as to whether these devices might theoretically infringe on any patents or whatnot, of course.

Police said they were looking for the individuals because they were concerned for their safety, “particularly if a traffic incident was to occur,” although I don’t know what the concern would be in the absence of a “traffic incident,” frankly. I doubt they’re concerned one of them might fall off the bench while it wasn’t moving. Police also admitted that they might want to charge the individuals with various charges including “driving an unlicensed vehicle, driving an unroadworthy vehicle, and drink driving,” the last one being what we in the States would call “drunk driving.”

I will go ahead and mention that “drink driving” just seems wrong to me, because the culprit isn’t driving a drink, nor can one “drive while drink.” If what we need is an adjective to modify “driving,” I think it has to be “drunk” or “drunken.” The OED doesn’t list any adjective form of “drink” at all. It does list “drink-driving” as a hyphenated noun, but that seems like cheating. So, could the rest of the English-speaking world correct this, please? Thanks. Love, America.

I see no apparent safety issues, nor do the vehicles seem “unroadworthy.” It seems doubtful to me that one needs a license to operate a picnic table in Australia, but I can’t rule that out at the moment. 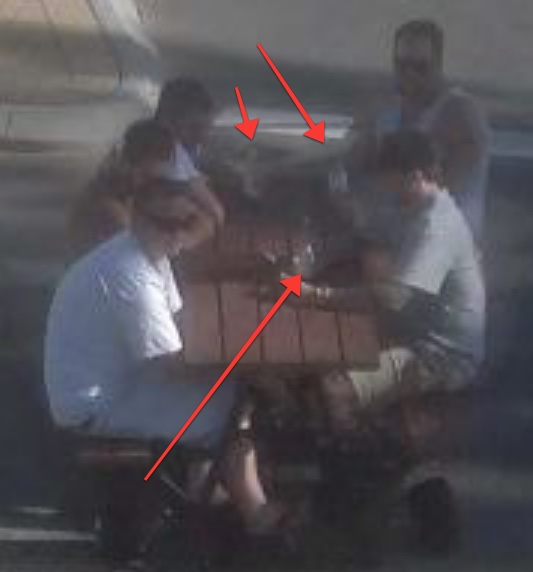 Enhanced frame of video shows what may be beverages

As for drunk driving, we just can’t tell from this evidence whether anyone involved is intoxicated. The tables aren’t being driven recklessly. And after way too much scrutiny, my team of photographic experts (i.e., me) can say only that the images appear to show beverages of some kind in the possession of at least three of the individuals (right). But there’s no way to know what was in the apparent beverage containers, of course.

Yes, the men holding them are Australian, but that’s only circumstantial evidence.

If in fact the driver(s) were intoxicated, then it is entirely possible that a DUI would be legally justified. It would depend on the local definition of “motor vehicle,” but Australian authorities have not hesitated to charge drivers of motorized beer coolers (or “eskys,” in Australian), and so I have no doubt such charges would follow here if intoxication could be proven. (The ABC article says there have been at least three other motorized-esky arrests since the post linked above, but doesn’t say any of those drivers were intoxicated.) But given the passage of time, that seems very unlikely at this point.

The department’s Facebook page shows that it is still investigating the case, but they are also seeking help with some burglaries and robberies, which you might want to make your priority. Also, they seized 700 grams of what one commenter called “dank nugs,” which appears to be Australian for “cannabis.” That’s not in the OED, either, but probably will be soon.

Update: I am informed that “roadworthy” has a specific legal meaning in Australia, namely that the vehicle has passed a roadworthiness inspection (and, of course, the appropriate fee has been paid). Otherwise you can’t get the license necessary to operate said vehicle. There seems little question that these picnic tables would fail such an inspection, so the question is probably whether they fall under the exception for vehicles not designed to exceed 10 km/h. See Road Traffic (Vehicles) Regulations 2014 § 15(2)(c). Of course, a vehicle that can’t exceed 10 km/h is probably not safe to drive on a public road for that reason, so this seems like bad news for the nine table riders.

On the other hand, if you could get one of these things licensed, the good news would be that you can get half off the license fee if you could persuade the examiner that the vehicle “(a) is owned by a genuine kangaroo hunter; and (b) is to be used by that person exclusively or principally in connection with the hunting of kangaroos.” Id. § 77. It doesn’t say you actually have to use it to pursue the kangaroo, so maybe you can do something with that.

“Lawyer Who Wouldn’t Stop Talking” Talks His Way to Suspension