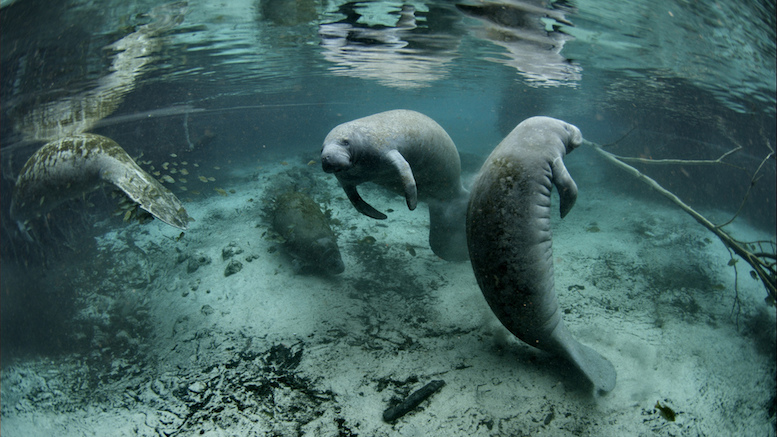 Not for riding, please

Or, as some of us learned, anyway—here’s a report from February where a guy actually dragged a calf out of the water and let his kid sit on it. He got arrested, too (the dad, not the kid, who was too young to know better).

And now we have this incident, which involves a man jumping on top of two manatees in Florida.

This dumbass landed either on top of or right next to a manatee calf, after his dumbass friend used a hose to lure them closer to the dock. That dumbass or possibly a third unidentified dumbass took a video documenting this violation of state and federal law, and then—further evidence of dumbassery—they went to YouTube and/or Facebook and posted the clip online. This reportedly happened about a year ago, but as evidence posted on the internet will do, the video eventually made its way to authorities, who have identified the men involved. According to the report, they expect to file charges this week, although they had not done so as of today (Thursday).

All these cases likely involve plea bargains, because although the penalty for manatee harassment can be up to a year in jail and $50,000 in fines, the primary motivation for filing charges is probably to raise the profile of the case and thus deter others from hassling the harmless manatee, not for these boneheads to do jail time. Having said that, it doesn’t look like people are being deterred.

I would encourage manatees to suddenly evolve razor-sharp teeth and a voracious appetite for meat. Great white sharks are also endangered (I think), and you don’t see people doing cannonballs onto them.

Update: a reader (Ian Eiloart) clarifies that great white sharks are only classified as “vulnerable,” which seems like a strange word to use in connection with a great white shark but means that, as a species, they are one step better off than the endangered manatee. Which, as he also points out, just confirms my point about which is the better anti-cannonballing strategy.