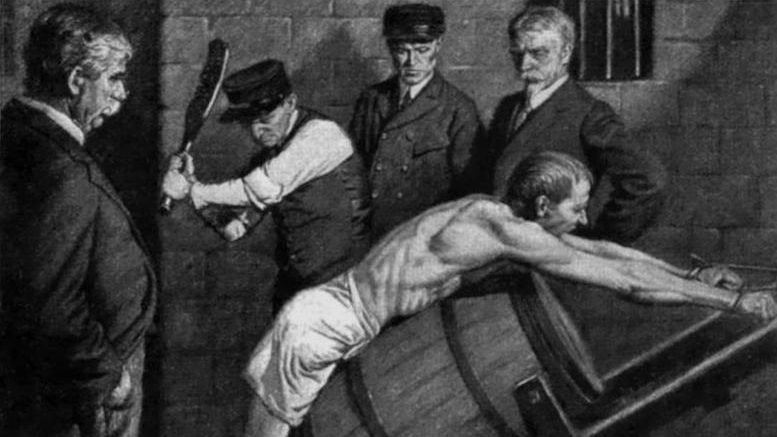 It used to be at least semi-official

That’s my favorite detail in a story that is for the most part just sordid, not that I’m above posting the sordid but I prefer the absurd.

“Astonishingly sordid” will work too, though.

According to NBC News, an Arkansas judge resigned yesterday after learning that investigators had recovered a few embarrassing images from his computer. By “few” I mean “well over 4,000,” and by “embarrassing” I mean they (in NBC’s words) “depicted nude male defendants.”

Nude! Male! Defendants! was a headline I considered but rejected.

Joseph Boeckmann, who was a part-time judge in Cross County, Arkansas, has apparently been under investigation for some time, accused of handing out reduced sentences in exchange for, well, let’s call it “community service.” Because that’s what he called it:

In documents filed earlier this year, the commission detailed the allegations of several men—including one under 18—who described appearing in Boeckmann’s court for minor violations. The judge would often give defendants his hand-written phone number and have them serve what he described as “community service” at his home.

I’m sure the irony that minor violations may have been involved at both locations is not lost on you, a reader of Lowering the Bar, but I’ll go ahead and point it out anyway.

The judge initially claimed, in fact, that the photos were used only “to corroborate participation in community service,” although we can be pretty confident those were not the same photos that were recently discovered on his home computers. Because those photos tended to depict, well, nude male defendants “bending over after an apparent paddling,” as described in a letter to the judge’s lawyer from the director of the Arkansas Judicial Discipline and Disability Commission. The letter went on to note that the implement used was likely to be important evidence, and should be preserved:

The paddle appears in photographs and has been identified by witnesses as belonging to the judge. Please accept this as notice to your client to not destroy [or] otherwise dispose of this paddle or other devices used to cause the red marks in the photographs. We will be issuing a subpoena duces tecum for your client in the upcoming weeks and he should expect to have to produce said items whether he testifies or not.

Again, I might not have posted this one except that it seems unlikely there have been many letters warning a potential defendant against paddle spoliation. But if you ever need a template, here you go.

Boeckmann’s resignation will end the Commission’s jurisdiction over him, so the eight ethics charges currently pending will be dismissed. But he will almost certainly be criminally prosecuted for the conduct involving minors and for essentially extorting “community service” from people who were facing charges if they didn’t comply. According to some of the documents in the file, which is linked in this report (warning: contains descriptions of extreme creepitude), Boeckmann’s modus operandi has been consistent for decades, not just as a judge but before that as a deputy prosecutor. That is a major abuse of power that could result in some serious jail time if he’s convicted.

With 4,500 photos and quite a few witnesses available, it seems unlikely they would actually need the paddle (or “other devices”), to be honest. But it was a nice touch to remind him not to destroy it. That could get him in big trouble.