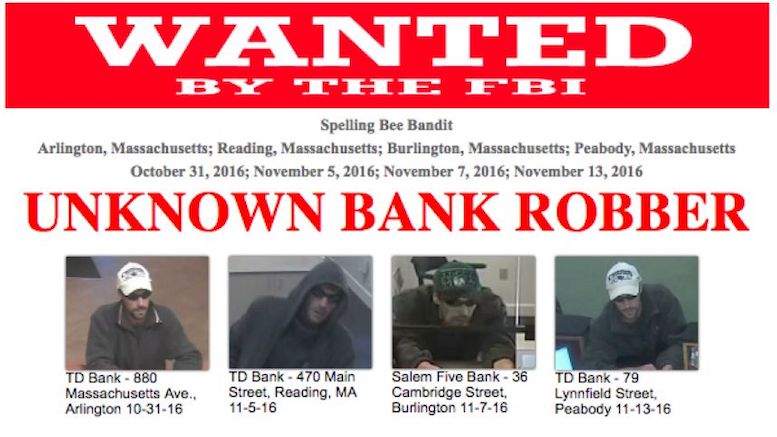 In Austria and Hungary there are pickpockets who confine themselves to the following method: Consuming enough garlic strongly to faint the breath, they board a crowded street car and stand close to some prosperous looking passenger. In his endeavors to escape the odor breathed in his face, the victim presents an easy opportunity to the thieves.

In other words, every criminal stamps his individuality on his crime.

To be honest, it doesn’t seem like the garlic thing would work that well, but far be it from me to question Raymond B. Fosdick. It does appear to be true that once a criminal develops a particular method of operating, even if flawed, he tends to stick with it. This means that, at least if it’s distinctive enough, it might be a way to identify him or link him to other crimes he may have committed. To be admissible for that purpose, though, a modus operandi does have to be distinctive, to avoid the risk jurors might convict a defendant of a particular crime not because the prosecution proved he did it, but because they hear he committed some other crime and decide that means he has “bad character” in general.

For example, let’s say, just for the sake of argument, there was evidence Bill Cosby had date-raped at least 13 women—and this wouldn’t be a bad argument, because there is—or even that he’d been convicted 13 times, and then he’s put on trial for a 14th crime. Under the rules of evidence, even the 13 convictions would not necessarily be admissible, because the rules take the position that “bad character” alone doesn’t prove a bad action. On the other hand, there are lots of exceptions to that rule. One of them is the modus operandi exception, which applies in “cases in which the pattern of past crimes is so distinctive and unusual that it’s highly unlikely that anyone else committed the charged crime.”

The fact that he sometimes claimed to be looking for a lost hamster or iguana I would treat as irrelevant minor differences. 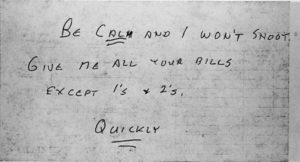 And we all know people that can’t handle apostrophes, for God’s sake

So I got started on all that because of news the FBI is looking for a man it has dubbed the “Spelling Bee Bandit” because of what is arguably a distinctive MO in four recent robberies: “In every case, the suspect puts on sunglasses after entering the bank, writes ‘Robery’ [sic] on the back of a withdrawal slip, and passes the demand note to the teller.” Well, that’s distinctive enough for nicknaming purposes, and the nickname likely helps with publicity and therefore in catching him. But I don’t think the prior crimes (if he committed them) would be admissible in court. The sad fact is that poor spelling and grammar are all too common in the criminal field (and, of course, lots of others).

I drew this inference previously from the story of the Good Grammar Bandit, who was called that by the FBI precisely because “the demand notes presented by this individual to the victim tellers [were] typed with proper spelling, grammar, and punctuation,” which obviously wouldn’t have been remarkable if most criminals did this. (Of course, as we also discussed, the FBI probably should have hyphenated “Good-Grammar Bandit,” but I didn’t think that was an easy call.) On the other hand, while I’d like to believe that criminals have more trouble with this stuff than the rest of us, I’m not aware of any research establishing that. So I’m not sure “robery” alone proves anything. (They apparently haven’t released the note itself, so I couldn’t critique the rest of it as I had planned.)

It could, though, support probable cause, at least in combination with other facts, as we saw in the “Death with Dignaty” case. This is something to keep in mind if, for example, the police ask you for a handwriting sample. Either don’t give them one, or try to misspell words in remarkably uncommon ways so you don’t get tripped up. The first is probably a better option, but the second would be more amusing, so please consider it.