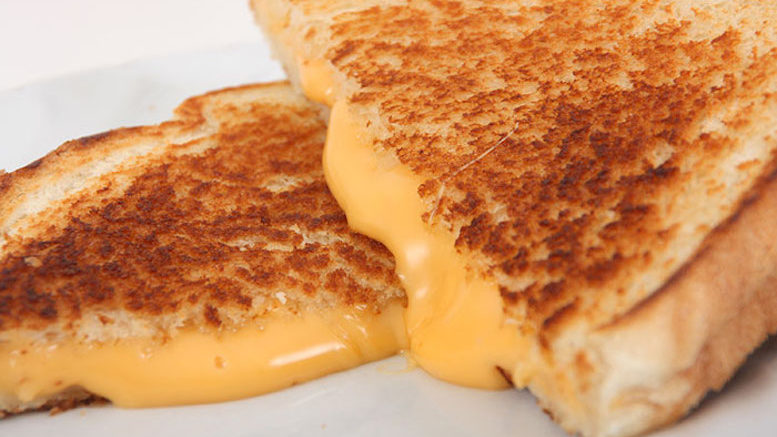 So I’m working on some stuff about the Emoluments Clause, the anti-nepotism law, and property rights in space, and, I mean, all very interesting, of course, but sometimes you just want to quickly mention that a dude ended up in a standoff with police because somebody took a bite out of his grilled-cheese sandwich.

Certainly many of you wanted me to mention it, and far be it from me to ignore popular demand.

According to many reports (here’s one in Time magazine), a 55-year-old Maryland man started shooting on Sunday after his wife allegedly sank her teeth into his sandwich, thus ruining the geometric perfection and golden goodness of at least one of the two triangular treats. Neither Time‘s article nor the police report says who made the sandwich or otherwise explain the circumstances under which the bite was taken. I think we can assume she acted without consent, express or implied.

Some people apparently believe, it seems, that permission to nibble on someone else’s food without asking is inherent at least in any medium-to-long-term relationship (not that this sort of thing bothers me, of course), but I think this case shows the problem with relying only on implied consent. I’m not saying you need to get it in writing, it’s just polite to ask. So, you know, some irritation is understandable, it seems to me.

What’s not okay is to then go down into the basement, grab a weapon and start firing up through the kitchen floor in order to retaliate for sandwich infringement. We can all agree, I hope, that this represents a disproportionate response to the offense.

Happily, neither the wife nor the couple’s children—who were also in the house at the time—were injured by any of the four shots. (In an excellent example of police prose, the report says that “gunshots, the projectiles of which”—sometimes known as “bullets”—”came through the kitchen floor.”) They fled the house, the wife called police, and the sandwich-related standoff began. Although the police called in a SWAT team, because this is apparently necessary whenever something happens, even though regular police have guns too and are perfectly capable of killing people with them if necessary, or even if not all that necessary, they did not in fact kill this guy. Luckily for him, he was not carrying a weapon when he came out of the house after three hours, and police subdued him with pepper balls. 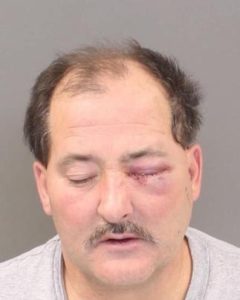 The man appeared subdued after his arrest

Among other things, possibly, based on his mugshot.

I have often criticized police brutality, but given that this guy was reportedly shooting at his family over a grilled-cheese sandwich, had multiple weapons that he’s not allowed to have because of prior convictions, was wearing at least an ammunition bag when he came outside, and reportedly had a loaded rifle with a chambered round just inside the front door, a pop in the eye in the course of ending this matter doesn’t seem at all unreasonable.

Now that I look back over the previous 65 Reasons, I notice (again) that several of them were food-related disputes. But they mostly involved somebody trying to bogart all servings (or the last serving) of something, not an infringement of this nature. And the only food-related dispute I can recall that turned into an armed standoff was the 2011 incident triggered by Beefy Crunch Burritos (although for some reason I didn’t put that in the GRTK category). But that was a price dispute, so not at all the same thing.

Each case must be judged on its own merits, you see.

Note: Just Because You Only Grabbed the Wheel Doesn’t Mean You Weren’t “Driving”

“Crybaby Killer” Who Tortured Victims With Parrot Gets 40 Years