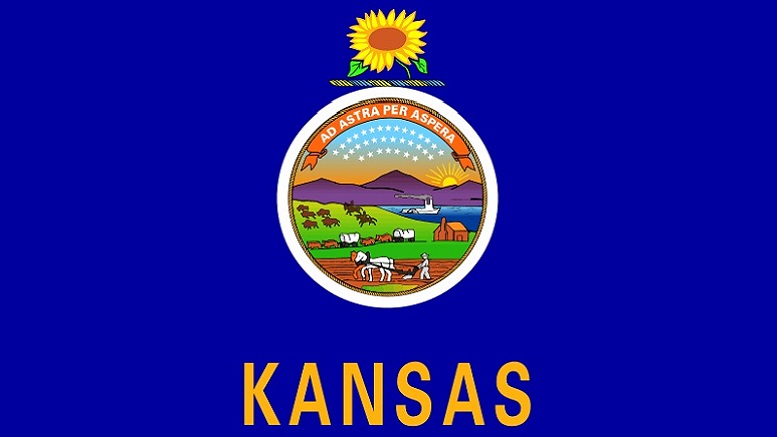 Well, I’m sure there are lawyers running around in the building doing things, but that’s not the problem. There are no lawyers serving in it.

You may not think that’s a problem, of course, and Kansans obviously don’t. But it is at least a small problem. Because an obscure state statute—and nobody perks up at the phrase “obscure state statute” more than this guy right here—creates a committee that must have at least one member from each house of the legislature who is an “attorney[ ] licensed to practice law in the state of Kansas.” But the Kansas Senate, for the first time ever, ain’t got none.

According to the Wall Street Journal (subscription required, and I don’t have one so this is based on the ABA Journal’s report), this is indeed the first time in its history that the Kansas Senate has not included at least one lawyer. Granted, that history only goes back to early 1861, when Kansas joined the Union (just in time to get invaded by the Confederacy), but still.

Here’s a fact I just now learned that amuses me: the first impeachment trial in the Kansas Senate was in early 1862, barely a year after it was established. Of course, there were politicians in Kansas before there was a Senate, but once they got a Senate they sure didn’t waste any time using it to get rid of somebody.

Anyway, the Kansas Senate has 40 members, and currently zero lawyers. There were two lawyers in it until recently, but one chose not to run for re-election and the other lost in the primaries. Other lawyers ran for Senate seats in 2016, but didn’t win. It’s not clear they lost because they were lawyers, but maybe so; the ABA Journal says one of them lost to an incumbent who “dubbed [him] a ‘trial lawyer’ in his advertising.” “Trial lawyer” is really just a description (like “bus driver,” “large-animal veterinarian,” or “dubious billionaire”), but it’s sometimes used to mean something like “ambulance chaser,” so that’s probably what was going on. But regardless of the explanation, the Kansas Senate at the moment has not a single member who’s a lawyer.

Well, that’s not entirely accurate. It does have one guy who has a law degree. But, according to the reports, he failed the bar exam back in the 1980s and never actually got a license. And so because the statute actually requires an “attorney[ ] licensed to practice law in the state of Kansas,” not just a “guy who has a law degree,” that won’t solve the problem. Nor, quite understandably, was he “keen on the idea” of taking the bar exam again. “There would be quite a bit of information to reabsorb” after 30 years, he said, which is true. Especially since he may not have absorbed it all the first time around.

Okay, okay, that’s not fair. Lots of people fail the bar exam. Many of those take it again and pass and go on to become excellent lawyers. My favorite example (though probably not hers) is Kathleen Sullivan, who was a brilliant student at Harvard Law, then a professor there, then a professor at (and the dean of) Stanford Law for years, then decided to go into private practice—and promptly failed the California bar exam. She took it again six months later and passed; now she chairs Quinn Emanuel’s national appellate practice and has argued before the U.S. Supreme Court nine times. So the only fair assumption there is that she took the bar the first time with her eyes closed, or left-handed, or in a foreign language or something, just for grins.

On the other hand, there are people who managed to pass the bar and yet … how to put this?… have provided ample reason to question their legal ability. So the predictive power of bar results leaves something to be desired, is my point. And then some people who fail just decide, very reasonably, that law school was a mistake in the first place and go on to be successful in some other way. That’s probably the case here.

I just wanted to lay out all the possibilities.

In any event, it looks like Kansas is going to solve its “problem” by changing the law to remove the “practicing attorney” requirement entirely. Hard to say whether it’s good or bad that it removed all the practicing attorneys from its senate, but this is certainly a quicker fix. And it doesn’t require anybody to take a bar exam, which is nice.