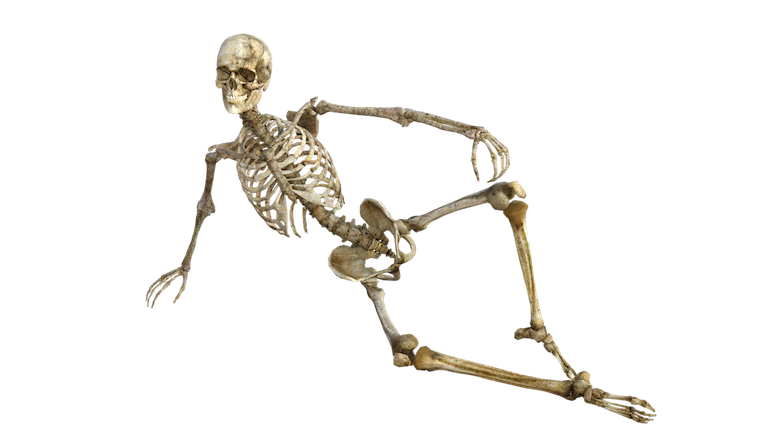 It was denied several years ago, in fact, and most of us didn’t even know death was pending. (Apologies in advance for the picture quality.) 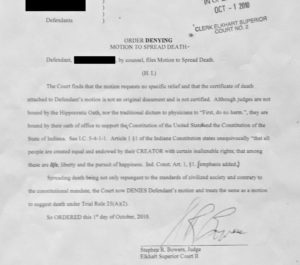 The answer seems to lie in the court’s reference to Indiana Trial Rule 25(A)(2), which deals with what happens when a party dies during litigation. If the claim doesn’t pass away at the same time, and they sometimes do, the court will substitute the appropriate party for the decedent. Usually this will be the decedent’s estate or personal representative or whatever it’s called in that state. But that’s 25(A)(1). Trial Rule 25(A)(2) applies if the claim is one that the estate can’t pursue, only the other plaintiffs or defendants. In that case, “[t]he death may be suggested upon the record and the action shall proceed in favor of or against the surviving parties.”

For some reason probably lost in the mists of time, this is sometimes called a “motion to spread death of record.” I suppose that term might have evolved, or devolved, from the concept of spreading news of someone’s death, but at least in this case it devolved even further into just “Motion to Spread Death,” which is something I doubt anybody wants to see coming into their courthouse.

Most (if not all) the other examples I could find are actually from Illinois, so that may explain this Indiana court’s reaction to this odd variant of the motion. Or maybe he just wanted to put the phrase out of its misery? That seems long overdue.

From the Docket: Mr. Potato Head

Dancing With the Indicted, Part Two