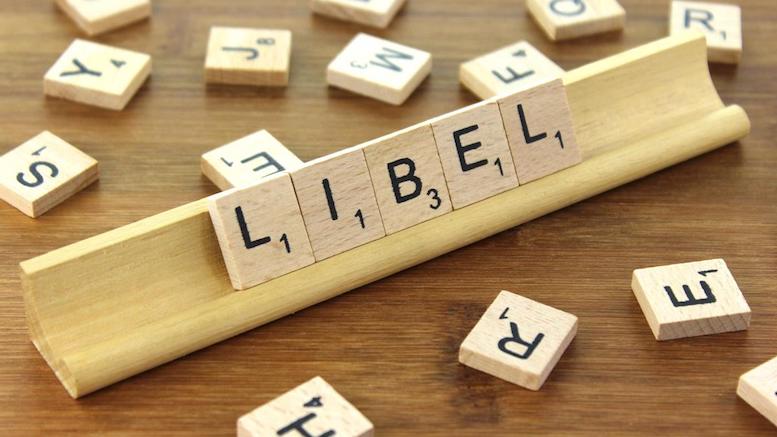 Is harder to establish than this makes it look (image: Nick Youngson, NYphotographic.com)

Prof. Eugene Volokh reports today on Levitt v. Digital First Media, decided this week by the Michigan Court of Appeals. Now I’m also reporting on that, and on Prof. Volokh’s report, reasonably secure in the knowledge that Levitt can’t sue either one of us for these reports, because that’s what the court just held.

I guess he could sue us, but he wouldn’t win.

According to the opinion, Todd Levitt is an attorney and was an adjunct professor at Central Michigan University. In 2014, Levitt sued a CMU student who had created a Twitter account making fun of him. It wasn’t active for long, but Levitt sued the student for libel, business defamation, and tortious interference, among other things. But the account was an obvious parody, the courts later held, and therefore protected by the First Amendment.

While that case (Levitt v. Felton) was still pending in the trial court, The Morning Sun newspaper ran an article on it describing the allegations and discovery responses. In particular, the article said Levitt had “admitted in court documents” that he had created a “top college lawyer” award and then “awarded it to himself” so he could say he had won an award. Presumably, that was one of the things Felton was mocking him for, and Felton had served discovery on Levitt to get him to admit it was true. The article was headlined “Attorney suing student admits to fake award.”

Levitt then sued the newspaper, its parent company, and the reporter who wrote the story, again claiming libel and so forth. Defendants moved to dismiss on the grounds that the article was a fair and substantially true account of the case. Levitt disputed that, emphasizing (in the court’s words) “that the headline stating that he admitted to a fake award was false.”

Had he created a website called topcollegelawyers.com? Yes. Did that website declare that Levitt had been named the first “College Lawyer of the Year”? Yes. Had he personally selected the members of the “independent search committee” that ultimately selected him as the winner? Well, yes. But Levitt submitted affidavits from both of those people (apparently there were only two) who testified under oath that they had, in fact, chosen Levitt to receive the award “on the basis of the website’s criteria.” I presume those criteria included something other than “the winner shall be Todd Levitt,” so they could truthfully testify under oath that it was just a remarkable coincidence that they had, in fact, chosen Todd Levitt to receive the award Todd Levitt had created and asked them to award.

In other words, Levitt’s argument was that he did not technically admit he had awarded a “fake” award “to himself,” for the reasons above.

Incredibly, the trial court bought this, at least for purposes of summary judgment. It concluded that defendants hadn’t met their burden to show the article was substantially true (plaintiff would’ve had the burden at trial, but defendants have the burden to show trial isn’t necessary) because the “gist” of the article, basically as set forth in the headline, “produced a different effect on the reader than the literal truth.” The Court of Appeals’ decision this week corrects that mistake.

That court agreed Levitt was not a “public figure” for this purpose, but noted that the case involved media defendants and a “matter of public interest,” namely a court case involving allegations of improper marketing of legal services. It’s not clear to me whether that means Levitt would have had to prove “actual malice,” but it didn’t matter because the court held the report was in fact “substantially true,” which was an absolute defense to all of his claims here (emphasis added below):

Articles with “minor inaccuracies” that do “not alter the complexion of the affair and would have no different effect on the reader than that which the literal truth would produce” are substantially true.

In this case, although it is technically true that plaintiff did not “admit” that the College Lawyer of the Year award was “fake” or admit in a court document that he “awarded” the “ ‘top college lawyer’ recognition . . . to himself,” we conclude that these inaccuracies [aren’t “substantial”]…. [P]laintiff admitted that he commissioned the topcollegelawyers.com website and created the College Lawyer of the Year award to generate profits. He further conceded that he established the criteria for the award, chose the persons who comprised the committee that selected the award recipient, won the award, and then broadcast this as an accomplishment on a marketing website. Although the article contained slight inaccuracies, we conclude that the sting of the article’s headline would not have a different effect on a reader than the literal truth.

Amish on the Loose

“The Parties Do Not Need a Judge; They Need a Rather Stern Kindergarten Teacher”