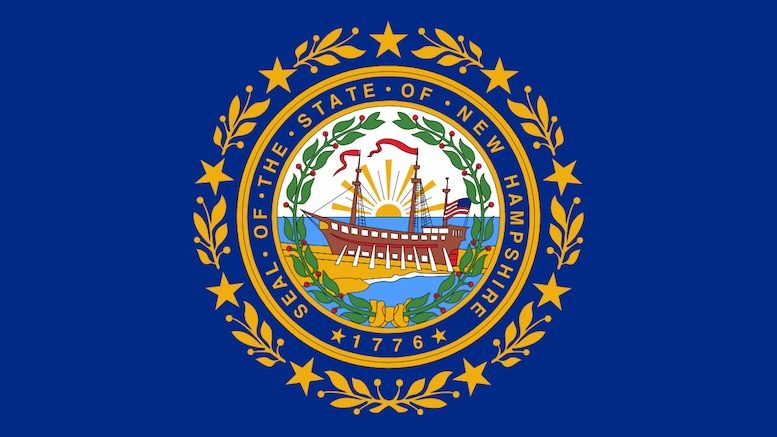 New Hampshire, where someone apparently once rowed a ship onto dry land

“No one advocated for anyone to murder anyone, that was not the intent,” said [New Hampshire] Republican House Majority Leader Dick Hinch of Merrimack.

Wow, I guess something didn’t go very well in New Hampshire. What was it?  This:

Well, you know how the media exaggerates. Probably the bill as drafted wouldn’t actually allow a pregnant woman to commit homicide without consequences.

On June 12, the Concord Monitor reported that something had gone fairly awry with Senate Bill 66, a bill intended to change the definition of “homicide.” Having now looked at the relevant statutes, I can tell you that what New Hampshire needs is a whole new set of statutes, preferably drafted by someone whose first language is English. But hey, it’s not like it’s an important subject or anything, just homicide. Anyway, let’s see if we can figure out what happened.

The relevant statutes define the various categories of homicide (capital, first-degree, second-degree, manslaughter, and negligent) in terms of how the defendant caused the “death of another”: for example, it’s capital murder if a person “knowingly causes the death of another [person]” during a kidnapping. Under current law, for purposes of these statutes “the meaning of ‘another’ does not include a foetus.” N.H. R.S.A. § 630:1, paragraph IV.

Is that anything like a fetus? Yep, it’s what they used to call them in the 19th century, which might give you some idea how much New Hampshire needs new statutes.

The point of the Fetus Exclusion was presumably to protect abortion rights, but it’s so broad that it precludes any homicide charge involving a fetus under any circumstances. It’s easy to imagine situations in which we might want to prosecute someone who causes the death of a fetus, but it’s also easy to understand why some would be suspicious of attempts to legally define a fetus as a “person.” In any event, SB 66 appears to have been a compromise that changed the homicide statutes to say that “another” does include a “viable fetus,” but also provided that pregnant women and doctors, for example, could not be prosecuted for homicide despite the change.

The current homicide statutes are sufficiently awful that instead of defining terms like “another” in a separate definition section, as is often the case, in New Hampshire this is just stuck into section 630:1, the capital-murder statute. Everything in that section relates only to capital murder except for paragraph IV:

This business of referring to other sections within “this section” is already confusing, but SB 66 (as amended) then made it much worse. First:

IV. As used in this section, the meaning of “another” shall not include a viable fetus.

Okay, fine; they’re saying this wouldn’t be capital murder (“this section” is 630:1), the cross-references are gone, and we have 21st-century spelling. But the bill then says this:

Amend RSA 630:1-a by inserting after paragraph III the following new paragraphs:

(1)  Any act committed by the pregnant woman….

Ugh. This is a different paragraph IV in a different section (630:1-a, first-degree murder), so it’s a different “this section,” and the confusing cross-references are back. We also have a new paragraph V in that section, again with cross-references; but worst of all, having just changed the Fetus Exception to a Partial Fetus Inclusion, they immediately created a partial exception to that partial inclusion. Or that’s what they thought they were doing.

It was all so confusing, nobody noticed that what they had actually done was exempt “any act committed by [a] pregnant woman” from all of the homicide statutes.

I think the analysis above is right, although the New Hampshire Legislature’s website is almost as hard to figure out as its statutes, which is something else they might want to fix. But this is consistent with what the Monitor said, although it understandably didn’t want to go through all the crap above. (Here, of course, I do things differently.)

Someone eventually did realize they had licensed pregnant women to kill, but not until after this got through both houses of the legislature. It had not yet been signed into law, however.

Now, most judges would not have applied the statute literally, and you could argue that because it said “the pregnant woman” instead of “a pregnant woman,” that’s some evidence the legislature meant this to apply only to the death of a fetus (specifically, the fetus “the pregnant woman” was carrying), not to any killing carried out by a woman who happens to be pregnant. Still, awkward, and confusing. So, they fixed it.

After an amendment on June 22, the bill would now do this:

V.(a) Nothing in [] paragraph IV shall apply to:

(1)  Any act committed by the pregnant woman….

I think that works, because now paragraph V only neutralizes paragraph IV, not all the homicide statutes, where pregnant women are concerned. But it’s still an exception to a partial inclusion, and this doesn’t fix the horribly confusing structure and numbering of these statutes. Those things matter in legal writing, as I think this shows. So if it is a fix, it’s not a very good one.

If Darth Vader Were a Senior Partner

Judge in Philippines Discriminated Against for Being Psychic

U.S. Supreme Court To Consider Use of Expletives