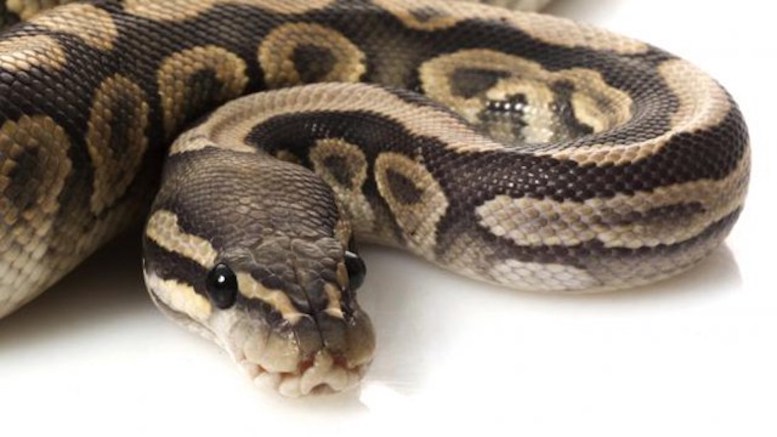 Thanks to the many readers who responded to my assertion in Assorted Stupidity #103 that under U.S. Postal Service rules, “it is illegal to mail snakes, and it is illegal to mail poisonous reptiles, so poisonous snakes are doubly unmailable. Same for all poisonous insects, except scorpions under limited circumstances.” People identified at least three problems with this.

First, Andrew B. objected to the terms “unmailable” (the one I used) and “nonmailable” (which the USPS actually uses). “Snakes patently ARE mailable,” he pointed out very reasonably, “otherwise we wouldn’t be reading about someone finding them in the mail.” And this is true—if “mailable” means “can physically be sent by mail,” then of course snakes are mailable, even if it may be a little tricky to get one into an envelope.

The term probably would still apply in this way to really ginormous snakes like anacondas and pythons, which can weigh a few hundred pounds, at least assuming that the USPS maximum weight limit (70 pounds) is more or less the maximum the system could physically handle. Much bigger things can be shipped, of course—like this 6,700-pound lathe that Business Insider found on Amazon. It costs $26,000, but shipping’s free (if you’re a member of Amazon Prime, at least). But we’re not talking about shipping here, we’re talking about mailing. So it is fair to say that most snakes, at least, would indeed be “mailable,” if that’s what “mailable” meant.

But it isn’t. The postal rules and relevant federal statutes use “mailable” to mean “can legally be sent by mail,” and in fact, that’s the only sense in which the Oxford English Dictionary uses the word—it defines “mailable” as “acceptable for conveyance by post.” The OED describes this as “North American” English, and cites (among other things) an 1845 U.S. federal statute, but what it gives as the UK equivalent, “postable,” is defined the same way. In fact, this Google Ngram suggests that Congress is mostly responsible for the word to begin with, which would bolster the conclusion that “mailable” means only that something “can be legally mailed”:

It also seems to confirm that “unmailable” and “nonmailable” are equally acceptable. Therefore, I stand by the phrase “snakes are … unmailable.”

Second, several people pointed out that there’s a difference between “poisonous” and “venomous.” While the OED treats them pretty much interchangeably, scientists don’t—”poison” is ingested or absorbed through the skin, but “venom” is injected with fangs or spikes or something like that. There are lots of venomous snakes, but very few poisonous ones. To be clear, though, Rule 525.3 says: “All snakes, turtles, and poisonous reptiles are nonmailable.” So I wasn’t wrong to say that “poisonous snakes are doubly unmailable,” because there are some poisonous snakes and those are both (1) snakes and (2) poisonous reptiles. Venomous snakes would just be singly unmailable. The fact that I may have forgotten about this distinction is therefore, according to me, irrelevant.

But more importantly, it doesn’t look like the postal rules were written by scientists, because the rules don’t use the word “venomous” at all. It seems very unlikely that it’s okay to mail Gila monsters, for example, just because they’re venomous reptiles that aren’t snakes. So I think we have to conclude that the postal rules use “poisonous” to mean the same thing as “venomous,” no matter how much educated people like us may recoil at that barbarism.

Third, some were equally horrified at the phrase, “all poisonous insects, except scorpions . . . .” And rightly so (even setting aside the poisonous/venomous issue), because scorpions aren’t insects, they’re arachnids. Here I was paraphrasing again, because Rule 525.4 actually says: “All poisonous insects and all spiders, except scorpions . . . .” That’s wrong in a different way, because scorpions aren’t spiders, either—both are arachnids—but I managed to make it worse. So I will take responsibility for that one.

On the other hand, I only brought up scorpions in the first place so I could refer to the (limited) circumstances under which live scorpions are in fact mailable and, more importantly, mention that I wrote a book in which this critically important legal rule is mentioned along with so many others. And I think we can all agree I accomplished that goal. And that I am now doing it again.

Battle Over Custody of Leg Escalates

Sarah PalinTM Having Trouble With Registration

Bruce Springsteen and the American Lawyer

City Council Appeals Its Own Decision