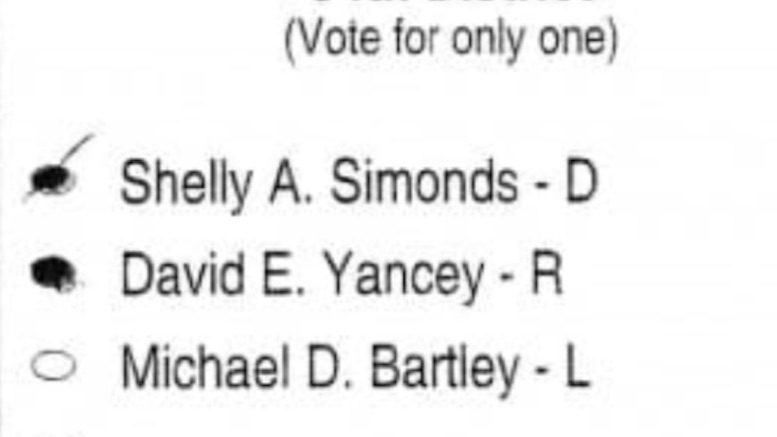 This seems appropriately ridiculous for what has arguably become the most ridiculous democracy on Earth.

As you may have heard, the race for Virginia’s 94th House District was pretty close this year. How close? Calm down, I’m getting to that. There were 23,215 votes cast on Election Day, and Republican candidate David Yancey ended up winning by just ten.

Or, he didn’t, because after a recount on Tuesday, it came down to a single vote—but now in favor of Democratic candidate Shelly Simonds. That’s right—in a district where 23,215 votes were cast, voters were split 11,608 to 11,607. This was an especially big deal because the switch meant that the state House would be split 50-50, and so not in Republican control for the first time in 17 years. There is no tiebreaker in the Virginia House, either, so a major political shift would take place because Simonds won. 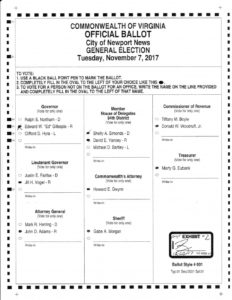 Or, she didn’t, because on Wednesday a panel of judges agreed with a Republican challenge to a single ballot, which Republicans argued should have been counted as a vote for Yancey rather than thrown out as “indiscernible.” And while a minimum of 11,607 people will be absolutely certain this was just another bogus power grab, and they could very well be right, the ballot in question is … well, questionable. Whoever cast the ballot clearly did some bubbling in both bubbles, but he or she also drew a line through one bubble. (How this country ever got to the Moon when simple bubbling is even now beyond so many of its citizens will always remain a mystery.)

Republicans argued that the line was evidence of an initially reckless bubbler who meant to correct a mistaken initial vote for Simonds. A little more convincingly, they also pointed out that the voter bubbled Republican in the other three two-party races, which suggested he or she also meant to bubble for Yancey. This is pretty thin, but it was enough to convince the panel that the ballot should not have been thrown out. Did the fact that all three judges had been chosen by the GOP-controlled legislature influence them in any way? How dare you! I prefer to believe that if they were influenced by any extraneous factor, it was the knowledge that under state law, a tie vote is decided randomly, so theirs would not be the last word (sort of).

As we have discussed at least once before, most if not all jurisdictions do have some sort of provision for what to do if there’s a tie vote. Most (if not all) of these provide that the result will be determined “by lot,” and it appears that anything will do as long as it’s random. For example, who could forget that hotly contested race for the open school-board seat in Adak, Alaska, in 2006? Not me or my search engine, that’s for goddamn sure. There, too, ties were settled by lot, and after a 19-19 split, the local director of elections decided to flip a coin. “Heads!” called the challenger, but she was wrong, and so the incumbent won the election and another three-year term.

Or, she didn’t, because, sadly, she was dead. She had died on election day, in fact, but there apparently being no provision for this under Alaska law, they had a ceremony a month later in which the only living candidate for that position ended up losing the tie-breaker to a dead person. That meant the current school-board members would have to appoint a replacement for the dead officeholder, and my guess was they would pick the living person who obviously wanted the job, but by then it had become too ridiculous even for me.

Both Simonds and Yancey are alive, at least for now, and so unless there are further shenanigans that race, too, will be decided “by lot.”  It has to be done “publicly,” but those are the only two requirements. The State Board of Elections will decide just how it gets done, and as of Wednesday night all we know is this:

James Alcorn, chairman of the State Board of Elections, said the winner will probably be chosen by placing names on slips of paper into two film canisters and then drawing the canisters from a glass bowl (or his bowler hat). He said he is conferring with staff to figure out the date and method.

Emphasis added. Using a bowler hat to do this might not be sufficiently ridiculous to serve as a good symbol of this democracy nowadays, but I guess it’ll do if it’s the only thing handy.

“Penis Graffiti”: More Than Just a Great Name for a Band