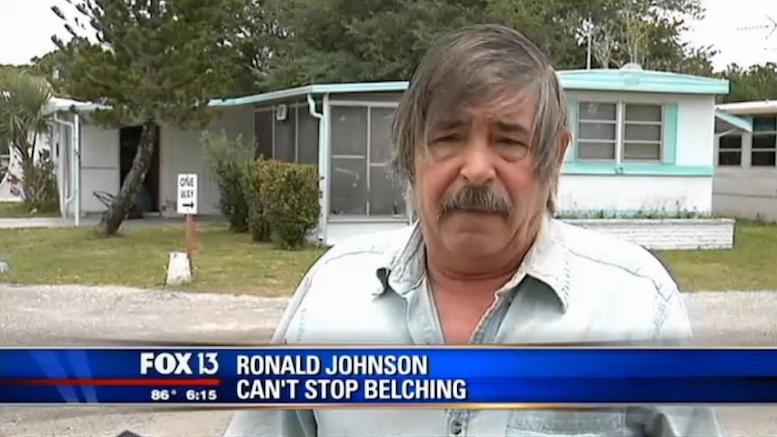 Not related to this case, but a pretty good image

I happened across this 2004 case while researching something that, I assure you, was completely unrelated.  I now inflict it upon you, the reader.

Under Virginia law, if you operate a motor vehicle on a highway, you have thereby consented to have samples of your blood and/or breath taken if you’re arrested on suspicion of driving under the influence. Va. Code § 18.2-268.2(A). I’m pretty sure this is the law in all 50 states, although off the top of my head, I can’t think of a state that uses such a ridiculously complicated numbering scheme. Really, Virginia? Seven digits and then subsections, too? Why do you hate your citizens?

Anyway, subsection B of that section is meant to limit the use of far more intrusive blood tests by saying those can only be used where a “breath test is unavailable or the person is physically unable to submit to the breath test.” (You can refuse either or both tests, but then you can be punished for the refusal.)

Finally, regulations require that before giving the breath test, the operator has to observe the subject for at least 20 minutes to make sure nothing happens that might skew the results. Specifically, during that period “the person must not have ingested fluids, regurgitated, vomited, eaten, or smoked.” If that happens, the clock resets for another 20-minute period.

So, that’s the background. Now, here’s what happened in Pearson v. Commonwealth:

Nealy, “a licensed breath alcohol operator” of the Intoxilyzer 5000 breath analysis machine, … began the requisite twenty-minute observation period at 9:02 p.m….  At 9:36 p.m., immediately before administering the breath test to Pearson, Nealy asked Pearson if he had burped or belched, and Pearson responded affirmatively. Nealy explained at trial that, although he had not seen or heard Pearson burp during the observation period, he was required … to ask whether he had burped, because not all burps are susceptible to observation by the operator.

This third burp apparently convinced Nealy that Pearson would be, for the foreseeable future, “physically unable to submit to a breath test because of his repeated burping.” After talking to a magistrate, Nealy took Pearson to a hospital for a blood test, which showed a BAC of 0.16%.

At trial, Pearson argued the blood test was inadmissible because evidence of three burps was not enough to show he had been “physically unable” to take the breath test. The trial court disagreed, observing that:

the record was “replete with” evidence of Pearson’s ongoing “trouble with [his] digestive system” that resulted from the chili he had eaten “much earlier” that day. Noting that Pearson “may never be through with belching or burping,” the trial court found that, in taking Pearson to the magistrate and then for a blood test, Nealy “did all that was reasonably left to him to do.” Accordingly, the court concluded that, because Pearson “was physically unable to submit to the breath test because he continued to burp,” the blood test was properly given pursuant to Code § 18.2-268.2(B).

On appeal, he again argued three burps was not enough to establish “physical inability.” But this court, too, disagreed. Consulting a dictionary, it first concluded that a burp was a form of “regurgitation” that, under the regulation above, required a new 20-minute waiting period. “Clearly, a burp or belch is a form of regurgitation in which air or other gas that has entered the stomach through the mouth is expelled from the stomach back into and through the mouth.” Okay, fine, I think we can all agree on that. The court then emphasized the need to conduct one test or the other quickly, because as time passes, of course, the BAC will diminish and that evidence may be lost. It concluded:

In light of the fact that Pearson was repeatedly burping because of chili he had consumed at least three and a half hours earlier, we find it was reasonable for Nealy to conclude that Pearson’s digestive problem would not end in time to obtain a valid breath sample and accurate test result before the blood alcohol evidence diminished. We conclude, therefore, that Nealy acted properly in … taking him to the hospital for a blood test.

Well, I don’t know about that.

So far as I can tell, there was no evidence whatsoever of any burps after the third. If the record was “replete with” further burping evidence—and I tend to think anybody who uses the phrase “replete with” is probably exaggerating, or worse—the opinion doesn’t mention it. I assume the trial court didn’t mean Pearson was still burping at the time the case went to trial, but rather that as far as Nealy could tell at the time, the burping might continue, requiring new 20-minute periods each time, until Pearson was basically sober. The Court of Appeal agreed, saying it was therefore reasonable after just three burps to conclude that “Pearson’s digestive problem would not end in time” to get a valid breath test. But that’s not exactly what happened. Rather, Pearson burped at 9:36, 9:37, and 9:38—that is, only three minutes had passed, not 60, when Nealy got fed up. (There was no evidence anybody thought Pearson was doing this on purpose, by the way.) I would agree that at some point, this would be a reasonable conclusion, but not after just three minutes.

The Court of Appeal seems to have assumed that Pearson had been burping for three-and-a-half hours at that point, making Nealy’s conclusion seem more reasonable, but I don’t see any evidence of that either. He ate the chili three-and-a-half hours earlier, but it doesn’t take an expert to establish that burping may be delayed in some cases, perhaps significantly.

Of course, Pearson should not have been driving, but the state still has to follow the rules in order to convict him. I’m just saying the evidence seems a little thin here.

Finally, the court tried to limit its holding to the facts of the case, which is sometimes a recognition that the reasoning is a little shaky. “[O]ur disposition of this case,” it cautioned in a footnote, “is not a holding that, as a matter of law, the act of burping, be it observed, admitted, or subsequently asserted, constitutes a condition that necessarily renders one ‘physically unable’ to submit to a breath test in all cases.” The law of burping, in other words, remains unsettled.

Finally, a Use for Periscope