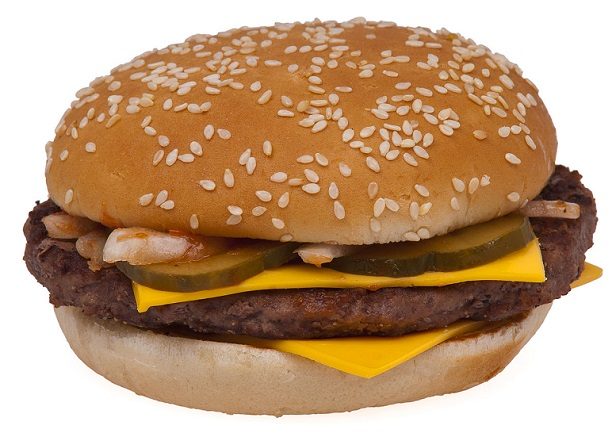 That is one tasty violation of the Sherman Act

How does one measure the dumbness of a lawsuit? If measured in Lowering the Bar pageviews, at least, the champion remains the case in which a woman claimed she was led to believe “Crunch Berries” cereal was made with real berries although, in fact, the product contained “no berries of any kind.” See “Reasonable Consumer Would Know ‘Crunch Berries’ Are Not Real, Judge Rules” (June 2, 2009); see also, e.g., “Consumer Says He Was Duped by Froot Loops” (Oct. 24, 2009).

I doubt this one will unseat the Crunch Berries litigation, but I could be wrong.

According to Law.com, two Florida plaintiffs have sued McDonald’s Corp. over its dastardly practice of—and you may wish to sit down before reading this—charging them full price for a Quarter Pounder with cheese although said Quarter Pounder had no cheese of any kind. Did this have anything to do with the fact that Plaintiffs asked for the cheese to be removed? Well, one could argue that it did.

Understandably, this is not highlighted in the complaint, which as is often the case says little about the actual humans involved. It says a great deal about the defendant, of course, in this case “Defendant McDONALD’S CORPORATION,” which, we are informed, shall be referred to thereinafter as “McDONALD’S” (for some reason usually, but not always, in all caps except for the “c”), in case the reader might become confused by the use of “McDonald’s” to refer to the sole defendant in the case.

The plaintiffs, Cynthia Kissner and Leonard Werner (“KISSNER” and “WERNER” respectively, of course) allege that they “regularly eat at McDonald’s restaurants” and, in doing so, “often order Quarter Pounders® and Double Quarter Pounders®….” The Quarter Pounder, “one of McDONALD’S signature products,” was sold as such, sans cheese, for a number of years after its introduction in 1975. And though this gradually helped to lift America out of the long national nightmare it had just suffered in Vietnam (my allegation, not theirs), what began so innocently concealed a darker motive. Because McDonald’s, you see, now “offers certain products which, by design and composition, include cheese.” Yes, the presence of cheese is no mere accident, my friends, but rather part of a deliberate strategy:

This is certainly concerning. And yet the web becomes even more tangled:

McDONALD’S also offers customers the opportunity to customize their orders of standard products, by deleting or by adding components to the products.

Here the truly diabolical nature of the scheme becomes evident, because if one wishes to order a Quarter Pounder, but does not wish cheese upon it, the defendant will accommodate this request but will not discount the product accordingly:

Now, is this concealed in any way from the customers? It would appear not, because Plaintiffs include the receipts they were given, which clearly indicate the price of the item and the fact that they would be receiving “NO Cheese.” It is a reasonable inference that this appears on the receipt because the plaintiff asked for no cheese, which is what they got. And notably, neither plaintiff specifically alleges they were personally defrauded or misled in any way. So their claim is at best that they think McDonald’s should be required to charge them less if they want something removed from a standard item. They do allege McDonald’s prices hamburgers and cheeseburgers separately in other contexts, but don’t explain why it’s required to do that all the time. As long as they’re not misleading you—and these people don’t claim they were misled—they can price things however they want.

But according to Plaintiffs, this practice is unfair because they were given no choice in the matter:

Ultimately, through these practices, customers who want a Quarter Pounder [or a Double, God forbid] or a value meal including one of these products, have been overcharged, and coerced to order, purchase and pay for cheese that they do not want and do not receive as a condition to their purchase of the desired hamburger.

And they are really not joking about this, you guys, because in addition to the usual consumer-fraud and unjust-enrichment claims, they have alleged that McDonald’s is breaking the law because “requiring” cheese to be bought along with a Quarter Pounder is an unlawful tying arrangement that violates the Sherman Act. “McDONALD’S forced and coerced members of the Nationwide Class to purchase and pay for the separate and distinct tied product, cheese, as a condition to purchasing the tying product, [the burger].” And the coup de grace: “McDONALD’s has sufficient economic and market power in the fast food quarter pound hamburger market to force consumers to purchase and pay for cheese … as a condition to purchasing [said hamburger].

Emphasis added yet again. I agree it is hard to walk away from a Quarter Pounder, much less a Double Quarter Pounder. I just don’t agree that my inability to do so constitutes an unfair trade practice.

Police Skeptical of Suspect’s Claim to Be Invisible