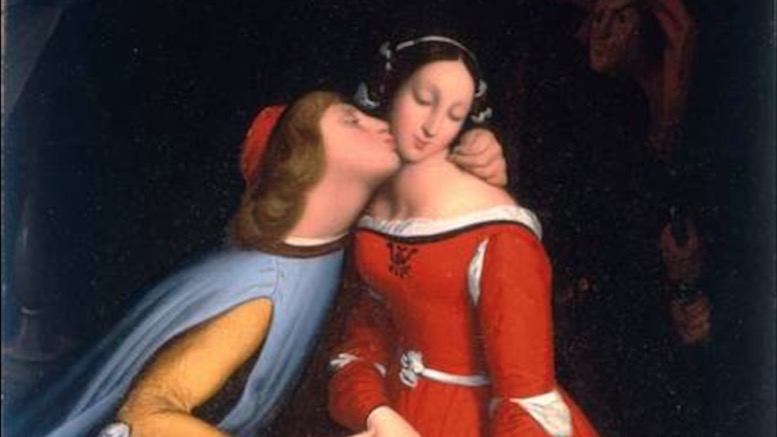 Two people fornicating, or at least thinking about it

Oh, it wants to so very badly.

Well, okay, a majority of the legislature wants to, mainly just because laws like this are unenforceable anyway. But for the moment, this is still the law in Utah:

(1) Any unmarried person who shall voluntarily engage in sexual intercourse with another is guilty of fornication.

(2) Fornication is a class B misdemeanor.

Because I’m apparently unable to write up anything without venturing down one or more rabbit holes, despite the cost to my billable hours, I will inform you that according to the OED, the word fornicate derives from the Latin term fornix, which means “arch.” The connection is supposedly that in ancient Rome, prostitutes waited for customers under arches so they could stay out of the rain. Over time, fornix became a euphemism for “brothel”; the man who visited one was a fornicarius. And what he did there, obviously, was fornicate.

The Wikipedia entry on fornication notes that it is “not to be confused with formication,” which, it turns out, is the sensation of having insects crawling on your skin (from the Latin formica meaning “ant”). Formication is perfectly legal in Utah, but fornication is not. As in a number of other states, Utah passed a law some time ago making fornication a criminal offense, along with the sometimes-related endeavors of sodomy and adultery. (The exact definitions vary and are, perhaps thankfully, beyond the scope of this article.) Such laws were virtually never enforced anyway, and in 2003 the U.S. Supreme Court held that laws against sodomy are unconstitutional. It follows that laws against fornication are, too, although the Court hasn’t taken up that subject specifically (as far as I can tell, and since Westlaw is probably already wondering what I’m up to, that’s enough searching for today).

Nor should the Court have to, because if even Utah is conceding that laws against not just fornication, but also sodomy and adultery, are unconstitutional, I think we can assume there’s a consensus?

The Utah legislature has, in fact, passed two statutory-reform bills this session that, among other things, legalizes (or perhaps it would prefer “decriminalizes”) all three of these activities. HB 40, which passed overwhelmingly earlier this year, repeals the laws against sodomy and adultery, and the more recent SB 43 repeals the fornication ban. That one also passed overwhelmingly in the state Senate (24-4-1), though less overwhelmingly in the House (41-32-2). I found this a little weird, since the House voted unanimously (apart from one not voting) to pass HB 40. So, are there 32 representatives who are more or less okay with sodomy and adultery but draw the line at fornication?

It seems doubtful. For one thing, these are reform bills that contain many other provisions, most of which aren’t sexy at all. So the 32 may have objected to SB 43 for other reasons entirely. (One assumes that part of the motivation for packaging it this way was to give legislators this kind of plausible deniability, but one is just speculating.) But according to this report, some conservative members did claim they objected to SB 43 on moral grounds:

The bill wasn’t popular with some of the more conservative members of the Utah House of Representatives. Rep. Merrill Nelson, R-Grantsville, said he objected. So did Rep. Keven Stratton, R-Orem. [Both voted no, but neither explained why they had both voted yes on HB 40.]

“What is legally is often far below what is morally right,” Rep. Stratton said. “And I recognize our laws are not strong enough to rule a immoral people.”

Not sure that last part makes any sense at all, but I’m not going to spend any more time on it.

Whether sodomy, adultery, and fornication will be legal in Utah is now up to the governor, who has both bills on his desk. Again, this is set up for plausible deniability, but he can also let the bills become law without his signature, if he wants to distance himself even further.

Utahns, you can track both bills via the links above, if you want to know when it’ll be safe to do what you may or may not have been doing for decades already.

Tips on Wearing the Clothes You Just Stole from Next Door

“Your Honor, First of All, I’m Not Smoking Crack”