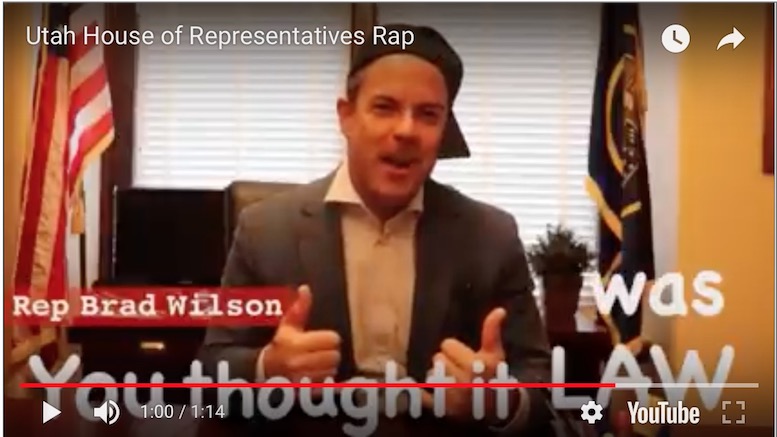 This should really be a controlled experiment in which one group of lawyers would analyze the First Amendment issues after having the video below described to them, and another group would do the same analysis after being forced to actually watch it. The problem is that, like with the Stanford Prison Experiment, it’d probably be unethical by today’s standards to do that kind of testing on human subjects.

I can’t recommend that you watch this. I’d be surprised if anyone has actually watched the whole thing, in fact—I haven’t been able to get more than about 20 seconds into it, and I have a very high pain threshold.

That’s how bad it is.

Proceed at your own risk.

Well, I hope you just scrolled down to get here without actually pressing play. If not, I am very, very, sorry. But you were warned.

If you did watch, then you are now either insane or desperately trying to come up with reasons that this could be legally banned, First Amendment notwithstanding. Popehat has more expertise on this general topic, but since you’re here, let’s consider a few ideas.

According to Chaplinsky v. New Hampshire, “fighting words” are only those that “tend to incite an immediate breach of the peace” by provoking a fight, and must be “personally abusive” in a way that would be commonly understood to be “inherently likely to provoke a violent reaction.” Looks like these have to be directed at a specific person in the vicinity, so again, no.

This looks promising. In Brandenburg v. Ohio, the Supreme Court held that speech is not protected if it is “directed to inciting or producing imminent lawless action” and is likely to do so. Like fighting words, but this seems more likely to fit the bill. Well, time is short and it’s Friday afternoon, so let’s go with this one.

If, like me, watching this triggered so much rage that you ran out into the street looking for a mob to join so you could destroy something, anything, in an effort to purge the dark and hateful feelings it engendered, you will probably agree that this video fails the Brandenburg test. Of course, if you were smart enough not to watch it, you probably have a different opinion. And maybe that’s for the best.

From the Docket: Mr. Potato Head

President’s Counsel Writes The Onion to Demand Seal be Removed