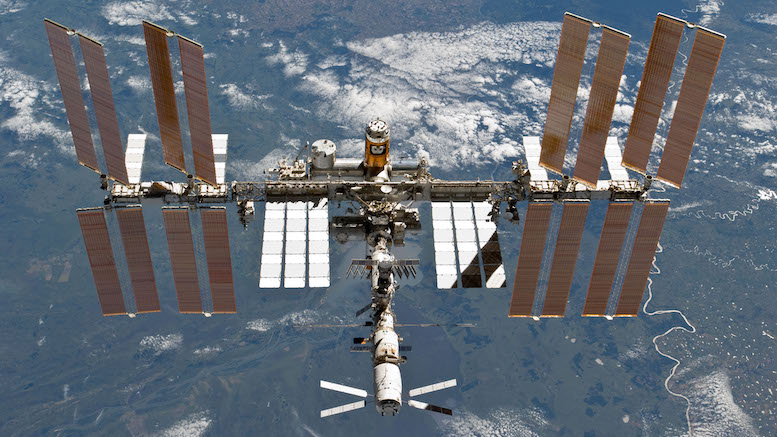 It’s 2019. We were promised flying cars, fusion power, and moon bases, but we don’t have a single one of those things yet. And according to 2001: A Space Odyssey, the first space crime was going to be a mass murder committed by a sentient computer during a mission to Jupiter to meet aliens.

Nope. Boring domestic dispute. And probably not even a crime.

According to the New York Times, the soon-to-be-ex-spouse of U.S. astronaut Anne McClain accused her recently of identity theft and improper access to financial records. The spouse, Summer Worden, claims that McClain accessed a bank account without permission. McClain admits she accessed the account, but says Worden knew she had access and that she was only checking to make sure there was enough money in the account to care for the four-year-old boy (Worden’s son) they had been raising together. (There seems to be an ugly custody battle going on.) McClain pretty much had to admit the access, because Worden got her bank to provide information (probably IP addresses) about computers that had recently accessed the account. One of them was a NASA computer network.

McClain had indeed used a NASA computer to check in on the bank account. But really, this is only notable because she was in orbit at the time.

She’s back now, but at the time McClain was in the middle of a 204-day mission to the ISS that began in December 2018. Expedition 59 involved several spacewalks (McClain did that twice), lots of experiments, and no murders by sentient computers, as far as we know. In fact, there has not been a single murder by a sentient computer, or anyone else, during the nearly 20-year history of the ISS, or on any other human-built space contraption, as far as we know.

For that matter, there don’t even seem to be any prior examples of crimes committed in space, no matter how petty, as far as we know. The Times only came up with three things: (1) damage to a Russian satellite that was allegedly China’s fault; (2) a lawsuit seeking to recover a deposit somebody put down for a space-tourism trip; and (3) a U.S.-government sting operation aimed at recovering a moon rock. Only one of those happened in space, though, and none of them are crimes. (As I wrote about here, that particular “sting operation” involved thoroughly shameful treatment of the widow of a NASA engineer who had no reason to believe that possessing or having a moon rock was illegal—because it isn’t. I’ll be doing a follow-up on that case in the near future.) So, those examples suck.

Though details about McClain’s case are still sparse, it seems unlikely to be more than an alleged space crime. McClain was interviewed under oath last week, according to the Times, and testified that what she did was no different than what she had been doing throughout the relationship (except that this time she did it from orbit). McClain said Worden knew she had the password and had never said the account was off-limits. Worden doesn’t claim that McClain used or moved any of the funds in it, only that she looked at the balance. Hard to see anyone prosecuting McClain for that.

The question of who would have jurisdiction to do so is interesting but the answer is ultimately not that surprising. Under Article VIII of the Outer Space Treaty of 1967, whichever country launches a thing into outer space “shall retain jurisdiction and control over such object, and over any personnel thereof, while in outer space or on a celestial body.” It’d probably have been more accurate to say it doesn’t lose jurisdiction and control over such objects or personnel just because they go into space, unless it’s going to fly a space judge and space jury up there to have a space trial before they get back, which it isn’t.

The ISS is a team effort, though. For that and (mostly) other reasons, the participating countries have signed agreements covering various legal issues. The relevant provision here is Article 22 of the 1998 Intergovernmental Agreement. See Taylor Hardenstein, “In Space, No One Can Hear You Contest Jurisdiction,” 81 J. Air L. & Com. 251, 280–82 (2016). Section 1 says that instead of territorial, which-module-were-you-in jurisdiction, criminal jurisdiction will be based on the offender’s nationality. But section 2 says that the victim’s country has the right to “consult” with the offender’s country “concerning their respective prosecutorial interests.” If the offender’s country agrees to cede jurisdiction, or does not promise within 90 days that it’ll prosecute, then the victim’s state can exercise jurisdiction. So that’s how that works.

That’s only for future reference, though, because here both the alleged offender and the alleged victim are U.S. nationals. That raises the further question of which U.S. jurisdiction (if any) would prosecute in a case like this one. Worden lives in Kansas, but my guess (and due to time constraints, it’s only a guess) is that this would be a federal matter. There is a federal regulation that imposes a “code of conduct” on ISS astronauts, and I’m sure crime violates it.

Based on 2001, if a sentient computer commits a murder in space you just take care of that one yourself. The only issue there is remembering to keep your space helmet handy.

Death May Be Banned in Brazilian Town