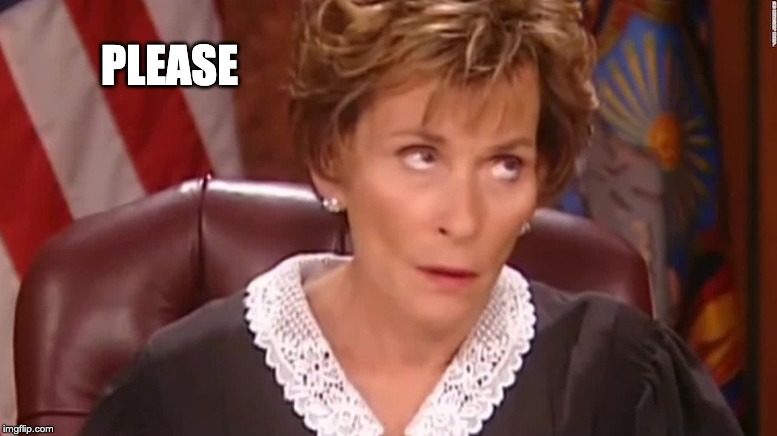 As you know, this is often true, but rarely does a judge come right out and say it on the record. When one does, though, I will drop what I am doing to bring that news to you ASAP. This is my promise to you, the reader, and here I am, fulfilling that very promise right now.

Law.com reported (I think less than 60 minutes ago, as I write) that Magistrate Judge Jacqueline Scott Corley uttered this statement in a hearing today. Corley is presiding over the defamation lawsuit against Elon Musk by the British caving expert who helped rescue those Thai kids from the flooded cave; Musk for some inexplicable reason called the man a “pedo guy” on Twitter, and that this is far from the weirdest thing in the headlines right now just shows how bizarre this world has become.

She did make pretty clear, however, that (and I’m exaggerating a bit here) she hates everyone and everything involved with the case and wishes they would all go away:

Corley said toward the end of Thursday’s hearing that “everything about this case turns out to be stupid.”

“People said things no one ever should have said,” Corley said. “It’s never too late to start over and to stop.”

G. Taylor Wilson, one of Wood’s partners who represents [the plaintiff], responded that [the plaintiff] never asked to be called a “child rapist” who took a “child bride” by one of the most powerful CEOs in the world.

Corley, however, reiterated her thoughts about what the case would look like to jurors. “It looks to me like this fight between these two gentlemen [was and is going on] when all that really mattered was the rescue of those kids,” Corley said. “Wouldn’t that be great if that’s just the end.”

Is it possible that the parties will take the hint and settle? Well, it’s not impossible.

Court: Pearson’s Claim “Not Supported by Law or Reason”