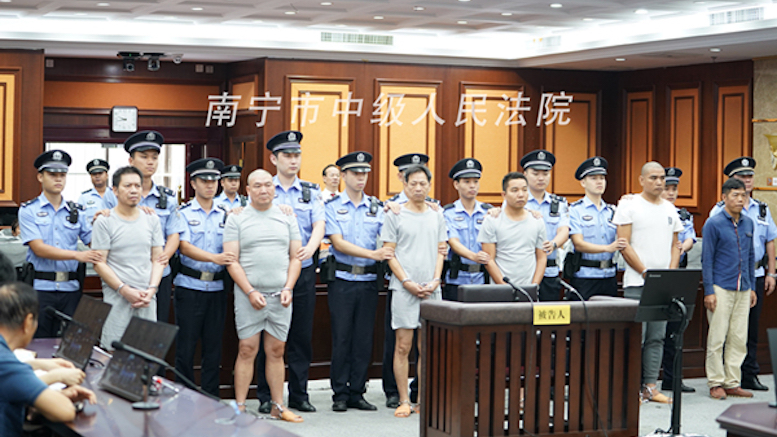 In no particular order

Like I keep saying, you should be very reluctant to work with subcontractors when planning a hit. The security and reliability risks are just too high.

Oops, I meant to post this only on the private forum. Well, let’s keep it between us.

But it’s good advice, as proven by this story out of China (via the BBC). According to the report, businessman Tan Youhui was locked in a legal battle with a competitor, and decided to shortcut the proceedings by hiring a hitman instead. He hired Xi Guangan to kill his rival, agreeing to pay three million yuan (about $424k) for the job. In legal (well, illegal) terms, Tan was the principal and Xi was the contractor.

But after Tan hired Xi, Xi decided to hire somebody else (a subcontractor) to do it instead. He offered Mo Tianxiang ¥1 million ($141k), meaning that if successful Xi would make a tidy profit from the deal. (Actually, Xi originally agreed to do the job for ¥2 million, but went back and renegotiated after Mo accepted. So he even got the principal to cover his costs, though it seems doubtful he mentioned that he had hired a subcontractor.)

Mo (the subcontractor), also being too squeamish or just too darn busy to whack the guy himself, then hired a subcontractor of his own, Yang Kangsheng. Mo offered Yang ¥770k (about $109k),  with ¥270k up front and a “bonus” of ¥500k afterward. But the chain was far from complete.

Yang then found a sub of his own, and I was very pleased to see that his sub was also named Yang. Yang Kangsheng offered Yang Guangsheng ¥700k for the job (¥200 up front and the same ¥500k bonus), and he too agreed. This, of course, made Yang Guangsheng the third subcontractor, or sub-sub-subcontractor, though sadly he is the only sub-Yang in the tale.

But still the chain was not complete.

Sub-Yang then offered yet another hitman, Ling Xiansi, ¥100k to carry out the task. Ling agreed, becoming the sub-sub-sub-subcontractor. And Ling, finally, did make contact with the target. But not to kill him.

Instead of doing the job, Ling met with the target in a café, told him about the plot and suggested they fake the murder together. The target, Mr. Wei, agreed to pose for some sort of picture that Ling would take back to his principal, who presumably would then pass it up the chain to the original principal, who Ling apparently believed would not notice his competitor wasn’t dead. Or maybe Wei agreed to disappear. It didn’t matter, because he then decided to go to the police instead, and as a result, all six participants in the scheme—Tan, Xi, Mo, Yang (x 2) and Ling—were arrested.

The defendants were tried in 2016, but acquitted for lack of evidence. Prosecutors successfully appealed, though, and a second trial followed that lasted three years. In that trial, all six were convicted of attempted murder, and were sentenced to between 31 and 60 months in prison. Seems a little light, frankly, but maybe they never actually did anything other than subcontract.

As you can see, there is not much consistency in the murder-for-hire business, at least as practiced by these guys. Profit margins ranged from just 10% for Yang-1 all the way up to 600%, what Yang-2 would have earned for doing almost nothing at all. Hard to be consistent when you aren’t doing business in writing, though. And as a reminder, real hitmen most likely do not do business in writing. That is my belief, anyway.

How Do I Get a Reincarnation Permit?