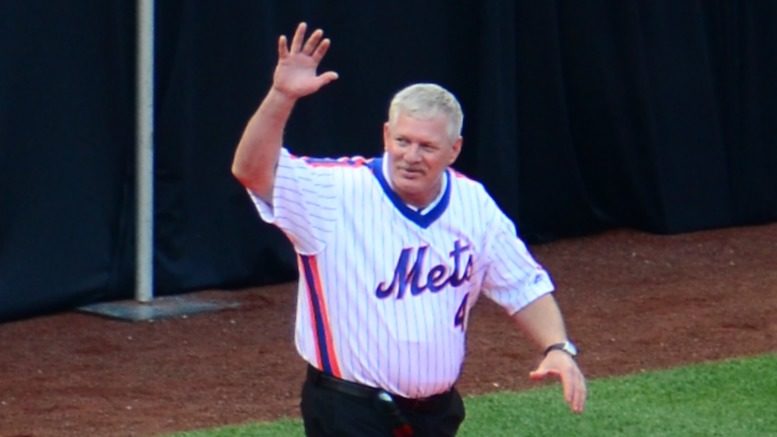 Raise your hand if you're libel-proof (image: slgckgc via flickr, CC 2.0)

Former baseball player and current Mets commentator Ron Darling published a memoir not long ago, and in it he had a lot to say about his former teammate, three-time All-Star Len Dykstra. Little if any of it was positive, and Dykstra sued Darling for defamation. Today the court dismissed Dykstra’s lawsuit, finding among other things that the evidence showed that Darling’s statements were substantially true.

The best part is the court’s finding that this evidence—including things to which Dykstra admitted in his own autobiography—showed that he is one of the rare defendants who is “libel-proof” because his reputation is already so bad that the allegedly defamatory statements couldn’t have made it any worse:

Based on the papers submitted on this motion, prior to the publication of the book, Dykstra was infamous for being, among other things, racist, misogynist, and anti-gay, as well as a sexual predator, a drug-abuser, a thief, and an embezzler. Further, Dykstra had a reputation—largely due to his autobiography—of being willing to do anything to benefit himself and his team, including using steroids and blackmailing umpires . . . . Considering this information, which was presumably known to the average reader of the book, this Court finds that, as a matter of law, the reference in the book has not exposed Dykstra to any further “public contempt, ridicule, aversion or disgrace,” or “evil opinion of him in the minds of right-thinking persons,” or “deprivation of friendly intercourse in society.”

Dykstra lived up to an already crappy reputation after his retirement, and especially after he managed to go bankrupt in 2009 despite having an estimated net worth of $58 million the year before. He has been charged with numerous crimes and spent time in both state and federal prison on charges including indecent exposure, grand theft, bankruptcy fraud and money laundering. Most recently, according to Wikipedia, he was indicted in 2018 for drug possession and making terroristic threats, having allegedly pulled a gun on an Uber driver.

In short, it might not be literally impossible to libel Lenny Dykstra, but you’d have to be pretty creative to do it.

Court: Lawyer Who Gave Himself Award Can’t Sue People Who Reported He Did That