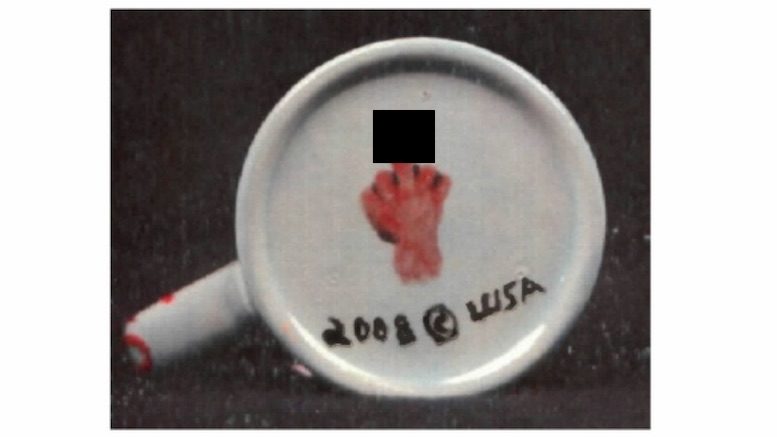 The digitus impudicus from Ashton v. U.S. Copyright Office (edited because somebody somewhere will complain)

Recently I was made aware  of an important piece of scholarship that I think everyone should know about, especially given our current circumstances. Ira P. Robbins, Digitus Impudicus: The Middle Finger and the Law, 41 U.C. Davis L. Rev. 1403 (April 2008). Robbins is a professor at American University’s Washington College of Law, who specializes in criminal law and First Amendment issues. This particular article, obviously, is right at the intersection of those two specialties.

It’s a long but interesting, often funny, and very readable piece, unless you have issues with reading the F-word, in which case you will find it not at all readable. The abstract is safe for you, though:

The middle finger is one of the most commonly used insulting gestures in the United States. The finger, which is used to convey a wide range of emotions, is visible on streets and highways, in schools, shopping malls, and sporting events, in courts and execution chambers, in advertisements and on magazine covers, and even on the hallowed floor of the United States Senate. Despite its ubiquity, … those who use the middle finger in public run the risk of being stopped, arrested, prosecuted, fined, and even incarcerated under disorderly conduct or breach of peace statutes and ordinances.

This Article argues that, although most convictions are ultimately overturned on appeal, the pursuit of criminal sanctions for use of the middle finger infringes on First Amendment rights, violates fundamental principles of criminal justice, wastes valuable judicial resources, and defies good sense. Indeed, the Supreme Court has consistently held that speech may not be prohibited simply because some may find it offensive.

Basically, Robbins argues that use of the middle finger alone cannot rise to the level of “fighting words,” obscenity, or defamation, and so “the government cannot constitutionally prohibit its use, except in the limited circumstances in which such a prohibition is essential to serving the missions of our educational and judicial systems.” Students have limited rights, and it is unwise to flip off a judge, as we have discussed before, as that is very likely punishable as contempt of court. But in general, unless the finger is accompanied by acts or delivered in circumstances that might change this, deploying it is protected speech.

Note that the “limited circumstances” justifying prohibition do not include giving the finger to police officers, who nonetheless often abuse their discretion to arrest people who do so or use the verbal equivalent. Robbins cites numerous cases in which someone displaying the finger was convicted of “disorderly conduct” or “breach of the peace,” noting that in all but one of the cases the conviction was overturned on appeal (and that one involved a pretty determined effort by the defendant). This of course is not to say that you should go around doing this just because you can. You shouldn’t. But you can.

Other highlights of the article include a discussion of the gesture’s history, which commentators have called the “most ubiquitous and longest-lived insulting gesture” in the world. Aristophanes used it in his play The Clouds, first produced in 423 B.C., and if it hadn’t been around well before that, nobody would’ve gotten the joke. (Although it came in last at that festival, so maybe they didn’t get it.)

The qualified-immunity findings in two of these cases are disappointing, because it is hard to see how a right could be more clearly established than this one. But maybe giving the article a little more publicity will help a bit. I feel it is my duty to try.

Thanks to James Rose for bringing this to my attention.