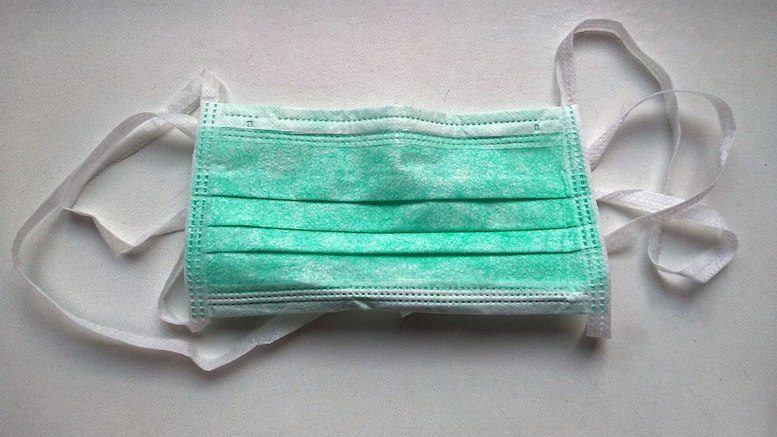 The Law and Crime blog reports that four chuckleheads (a term one of my colleagues uses that is in no way favorable) have sued to challenge the mask orders issued in Palm Beach County, Florida. As some of you may be aware, there has been a virus going around recently, and health experts say that wearing face masks when around other people helps control the spread of this virus. People who listen to health experts therefore wear masks in that situation.

These chuckleheads don’t, or at least they don’t want to.

The 37-page complaint begins thusly: “This action stems from the Defendant Palm Beach County’s infringement upon well-settled constitutionally protected freedoms of over a million Palm Beach County residents and visitors, including but not limited to our constitutional and fundamental human right to privacy and bodily autonomy.” Well, that does sound important! What are the details of this outrage? “Despite having no authority, actual or apparent, under Florida law to do so, Defendant has recklessly required countless American citizens and Florida residents, including the Plaintiffs, to submit to dangerous medical treatments with well-known risks and potential for serious injuries and death, including being forced to wear harmful medical devices like masks.”

The complaint notes that the federal and state governments have merely recommended that people wear masks. Palm Beach County did so too, at first, but starting in June, it issued a series of orders requiring masks in places like government buildings, on golf courses, and in restaurants. According to Plaintiffs, they “have and will continue to suffer irreparable harm” as a result of these and other unconstitutional restrictions on their personal liberty, specifically, their rights to freedom of speech, due process, privacy, and to choose or refuse medical treatment.

This is already what we in the legal profession refer to as “bullshit,” because wearing a mask doesn’t materially infringe even one of those basic rights. It doesn’t stop you from speaking, doesn’t deprive you of liberty (in any meaningful sense), and doesn’t infringe on privacy. If anything, it might enhance your right to privacy by hiding your face. And I’m not sure it’s a “medical treatment,” but the right to refuse that generally involves whether you can decide not to prolong your own life artificially, not whether you can decide to help shorten others’ lives stupidly.

But let’s say just for grins that fundamental rights were at stake. That would mean “strict scrutiny” applied, and that requires a “compelling state interest” and the “least intrusive means” necessary to further the interest. Is there a “compelling state interest” here? Have you seen any news about how things are going in Florida lately? Okay then. And I’m trying to think of a less intrusive means to address that interest than just requiring people to wear a goddamn mask in certain public places, but nothing is coming to mind. There are potentially legitimate claims of this kind that could be (and I think have been) raised. For example, imagine a policy that bans all gatherings, or all church services, for the duration. That would not be the least intrusive means, because you could also address the problem by requiring social distancing and, let me think, MASKS, so that policy might well be unconstitutional. But there are no legitimate claims here.

The real howlers, though, come in the discussion of “science,” a concept of which the plaintiffs are at best distantly aware. “Pandemics,” they say, “like the purported COVID-19 pandemic, are nothing new or novel.” Right. So this year is just like any other year, it’s just that there are a few hundred thousand fewer people around. (As I write, 580,038 fewer, 138,358 of those in the U.S.). They cite a few studies noting that masks provide imperfect protection, apparently believing  “imperfect” means “no.” And against this questionable benefit, they say, behold the many risks these harmful medical devices pose. What are these risks?

Well, you might get a headache, according to one study they cite. That involved healthcare workers, who I believe wear masks for many hours at a time in highly stressful situations, but sure, it’d probably have the same effect on you while you walk through the clubhouse. We are also told that wearing a mask, and I am not making this up, “may cause physiological changes to the Nasal Cavity,” a Feature of such critical Importance that It must be capitalized. And if the Nasal Cavity is impeded, and one’s Mouth is also blocked by this device, then what? Well, the plaintiffs anticipated that some might not grasp this important point, and so, as the Law and Crime report puts it, in the complaint they “attempted a cursory explanation of breathing”:

[H]umans necessarily use noses and mouths to breath [sic] by extrapolating [!] oxygen from air inhaled and then releasing toxins and carbon dioxide when exhaling–which is common knowledge and basic human science that is taught in grade schools in Palm Beach County and throughout Florida…. Restricting oxygen intake with a mask is a hazard for all who need fresh air to survive.

Yes, even a Florida grade-schooler knows that one must take in air in order to extrapolate the oxygen from it, and then expel it in order to expectorate the toxins. DID YOU NOT KNOW THAT? Ironically, what “extrapolate” actually means is “to predict by projecting past experience or known data” to arrive at a conclusion, and I don’t think it’s a coincidence plaintiffs did not know that.

As Law and Crime also points out, this hoo-ha about masks lowering oxygen levels is just that (well, hoo-ha is my term, not theirs), according to the American Lung Association. On the other hand, you might DROP DEAD! At least according to the New York Post article the plaintiffs cite, which is about something that allegedly happened once in China. I guess you’ll have to decide who to believe.

Notice: Use of Propaganda as Toilet Paper Is Strictly Forbidden