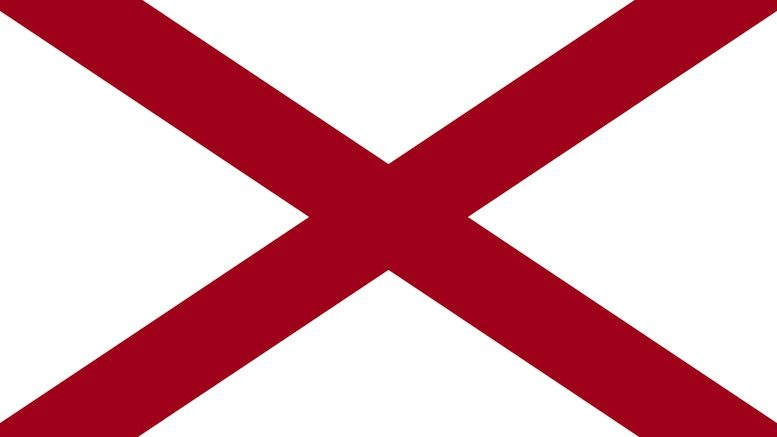 Well, the U.S. presidential election is finally over (at least according to a majority of the voters), but that was not the only thing decided last week by any means. For example, I’m sure most of you already know that several more states have legalized marijuana. I’m sure most of you have been watching that issue very closely, in fact. But there were other issues before the voters this year, dude. I have a 50-state list here, but that looks too daunting, so let’s just start with a state near the top (alphabetically): Alabama.

By a vote of 67–33%, Alabama voters authorized the legislature to “recompile” the state constitution. Why does the state constitution need to be recompiled? For one thing, as I noted a while back, it is almost certainly the longest and most complicated constitution in the entire world. See “Lawmaker Injured by Flying Constitution” (Nov. 20, 2018). It has 287 sections, 948 amendments, and almost 400,000 words. That alone would be a good reason to rewrite the whole thing from scratch, and this does appear to be part of the reason for doing it. But not the only reason.

Specifically, the ballot measure authorizes the legislature to:

arrange this constitution, as amended, in proper articles, parts, and sections removing all racist language, delete duplicative and repealed provisions, consolidate provisions regarding economic development, arrange all local amendments by county of application …, and make no other changes.

The racist provisions are already inactive, partly because they are plainly unconstitutional. But as we’ve seen before, plainly unconstitutional language often does not get deleted from statutes or constitutions, and just sits there hoping to cause problems or embarrass someone. See, e.g., “Women Can’t Vote in Sistersville” (Sept. 16, 2013). And that is the case here.

Alabama has had six constitutions, adopted in 1819 (when it became a state), 1861 (when it claimed to be a state in another country), 1865 (after it had been convinced otherwise), 1868 (for purposes of “Reconstruction”), 1875 (when it felt it was sufficiently reconstructed), and 1901 respectively. Not surprisingly, the first two were super-racist. But so was the 1865 constitution, written after the Civil War was over but before any of the post-war amendments to the U.S. constitution had been ratified. It appears that Congress suggested that maybe Alabama should try again, and since it was still occupied by federal troops, it agreed. The resulting 1868 constitution, written by a biracial convention, didn’t refer to race at all. But race crept back into the 1875 version, which still reflected a fear of federal intervention but did, for example, require segregated schools.

By 1901, though, federal troops were long gone, and whites wanted to draft a new constitution that would openly re-establish white supremacy in that state. How do we know that’s what they wanted to do? Because the president of the convention (John B. Knox, an attorney) said so in his opening address:

And what is it that we want to do? Why it is within the limits imposed by the Federal Constitution, to establish white supremacy in this State.

Okay. But how to do that “within the limits imposed by the Federal Constitution,” which now included the 13th, 14th, and 15th Amendments?

The 13th Amendment had abolished slavery, and Knox evidently couldn’t think of a way around that. So re-enslaving people was out.

The 14th Amendment made anyone born in the U.S. a citizen (of the U.S. and the home state), and also precluded a state from abridging a U.S. citizen’s “privileges or immunities” or denying “any person within its jurisdiction the equal protection of the laws.” Those could have been problematic, except that the U.S. Supreme Court had held that the 14th Amendment did not apply to one very important right: the right to vote. In Minor v. Happersett, it held the 14th Amendment did not mean women could vote, because voting was not necessarily among the “privileges” of a citizen. That’s not quite as dumb as it sounds, because (for example) children are “citizens” but have never been allowed to vote. And it wasn’t until the 1960s that “equal protection” was construed to guarantee certain fundamental rights. So in 1901, the 14th Amendment was not an obstacle if you wanted to deny someone’s right to vote, which Knox very much did.

But what about the 15th Amendment, which says: “The right of citizens of the United States to vote shall not be denied or abridged by the United States or by any State on account of race, color, or previous condition of servitude”? What’s a racist to do about that? Well, racists like Knox argued that although a state couldn’t discriminate against a person on account of his race or color, it could “discriminate against him on any other ground, as, for instance, because of his ignorance, his criminal propensities, his thriftlessness, or any cause other than his race or color.” Of course, Knox believed that anyone who wasn’t white was necessarily ignorant, criminal, and thriftless, so the effect would be exactly the same as an explicitly racist restriction; but this either escaped him completely or he just didn’t care.

The resulting constitution therefore included, for example, a poll tax, which did not explicitly discriminate based on race but was deliberately set at a level that only whites would be able to pay. There were also restrictions based on literacy, employment, property, and “good character,” all of which Knox freely admitted would in practice be used to discriminate based on race. For the most part, the drafters avoided including openly racist language in favor of this approach, but not entirely. Article 102 prohibited “any marriage between a white person and a negro, or descendant of a negro,” and Article 256 required separate schools for “white and colored children” (schools that of course turned out not to be equal). Both of these have been unconstitutional for decades, of course, and Article 102 was “annulled” by Amendment 667 anyway. But the racist language is still there in the text itself, stinking up the place.

Not for much longer, though, because those two provisions will certainly be on the chopping block in the forthcoming “recompilation.” That’ll cut … let’s see … 52 words out of this monstrosity. If they can find another quarter-million words or so to get rid of, and rearrange what’s left, they might actually have a presentable document. But I guess you have to start somewhere, and those 52 are a good place to start.

Clown’s Smile at Half-Staff in Honor of President Ford