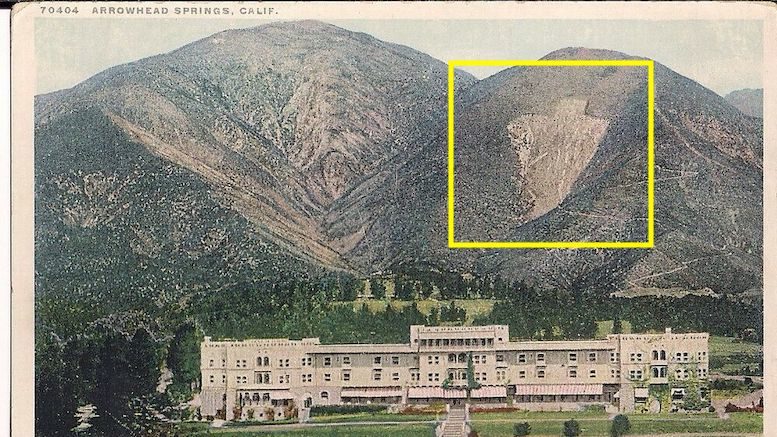 There's an arrowhead on the mountain, but that doesn't make it "Arrowhead Mountain."

Here’s another mountain-related consumer case, remarkably similar in some ways to the one I described last time. See “Plaintiff Alleges ‘Heart of the Himalayas” Is in India, Not Pakistan (It’s in Nepal)” (Oct. 22, 2021). They are similar mainly because both plaintiffs allege they expected they were getting something that doesn’t seem to exist in the real world. They are different mainly because a court has not yet actually declared the Himalayas case to be officially stupid.

The court was too polite to use that word in its opinion, of course, but it seems to fit. If you can’t even convince the Ninth Circuit your consumer-fraud case has any merit, your case most likely sucks.

In this case, the plaintiff alleged she bought “Arrowhead” bottled water only because the label led her to believe it came exclusively “from the springs in the Arrowhead mountain.” Chong v. Nestlé Water N. Am., No. CV 19-10901-DMG, 2020 WL 7690175 (C.D. Cal. Nov. 30, 2020). She explained that because the label says “ARROWHEAD” (the brand name), describes the product as “100% Mountain Spring Water,” and has a picture of a mountain on it, she believed the water came exclusively from a spring on a mountain called “Arrowhead.” Had she known the water “might not be from the Arrowhead mountain,” she said, she would never have bought it. She therefore demanded her money back (and, of course, a similar refund for those similarly situated, and a small gratuity for her lawyers).

As with the “heart of the Himalayas” nonsense, part of the problem here is that the complaint doesn’t explain, plausibly or otherwise, why anyone would care which particular mountain spring their water came from, as long as it was clean mountain spring water. And even if there are people who care, the complaint doesn’t explain why this plaintiff insisted on only buying Arrowhead Mountain spring water. Because if there’s no reason for that, then (according to me) she hasn’t stated a claim. And to me, her allegations here seem very, very unlikely.

In reading the district court’s opinion, I noticed this footnote:

Defendant points out that it is unclear whether “Arrowhead Mountain” actually exists. [Motion at] p. 9 n.2.

I thought that seemed to bury the lede, frankly, in a case where the plaintiff alleged she would only buy bottled water from that specific mountain. And I was even more surprised to see that the defendant also parked this in a footnote in its motion, which provided only one additional detail:

It is not clear an “Arrowhead mountain” even exists. One of six sources for spring water identified on the label is Arrowhead Spring in the San Bernardino Mountains.

OK, so there is an “Arrowhead Spring,” and it is in the mountains, so maybe that was what the plaintiff—wait. Did that say the sources are identified on the label? Yes. Yes it did. Specifically, the label said this:

So let’s say the plaintiff meant to allege she thought the defendant’s bottled water came exclusively from, not “Arrowhead Mountain,” but “Arrowhead Springs in the San Bernardino Mountains.” That’s not what the complaint actually said, which is a problem; but let’s give her the benefit of the doubt on that one. The label quoted above shows she has another problem: she couldn’t have been misled into thinking that this water comes exclusively from Arrowhead Springs in the San Bernardino Mountains BECAUSE THE LABEL SAYS IT DOESN’T.

The plaintiff conceded this was on the bottle, but argued that she didn’t see it because this information is on the back, not the front. This idea—that reasonable consumers are too unintelligent (or maybe too physically weak) to turn a product around and read a label on the other side—has been accepted by more courts than you would think. But not even in the Ninth Circuit is that going to fly when, as the district court pointed out, the product does not really have a “front” BECAUSE IT IS A CYLINDER: “Here, Defendant presented information on its smaller water bottles on an outward-facing side of a cylindrical product, a place reasonable consumers would look for information about the product.” And “as for the mountains and lake imagery,” the court concluded, “such imagery does not somehow delete words on a label.” A reasonable consumer, therefore, would not have been misled “into believing that Arrowhead water is sourced exclusively from one ‘Arrowhead Mountain.'”

The Ninth Circuit affirmed this decision on October 20, though its decision is brief, unpublished, and as noted above, is far too polite under the circumstances.

I did find a few “Arrowhead Mountains,” actually, but none of them seem like plausible candidates. Google Earth says there’s one in California, but it’s up here in the Bay Area, not down south where Plaintiff lives. There also seem to be mountains by that name in Colorado, New Hampshire, and Vermont, but those are even further away. My favored candidate personally is the Arrowhead Mountain on the tip of Ellesmere Island, in Nunavut, Canada, latitude 82 degrees north, which is further north than almost all of Greenland. That’s a long way from San Bernardino, but I bet the water there is great once you thaw it out.

Mom, I Love You, But Please Don’t Write Foreign Leaders Without Telling Me

“Your Honor, First of All, I’m Not Smoking Crack”