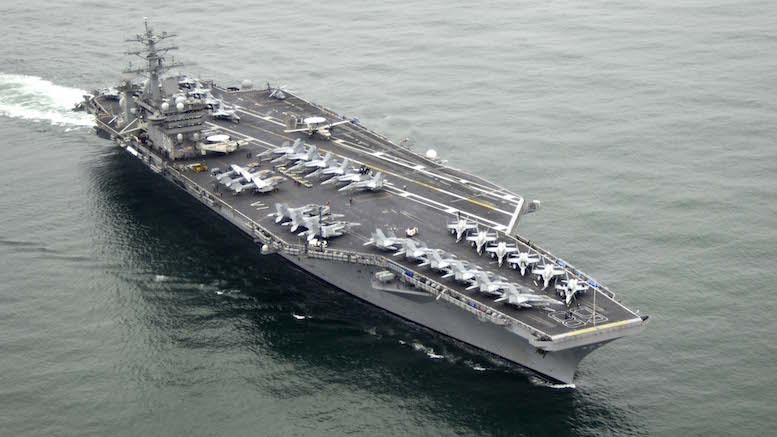 Wyoming House Bill 85 calls for the establishment of a state “continuity task force” that would study the possibility that the United States of America may disintegrate, leaving Wyoming to fend for itself. You may think that’s not a healthy preoccupation, but Rep. Lorraine Quarberg is here to tell you what’s healthy and what ain’t:

“I don’t think there’s anyone in this room today what [sic] would come up here and say that this country is in good shape, that the world is stable and in good shape — because that is clearly not the case,” state Rep. Lorraine Quarberg, R-Thermopolis, said. “To put your head in the sand and think that nothing bad’s going to happen, and that we have no obligation to the citizens of the state of Wyoming to at least have the discussion, is not healthy.”

Granted, we aren’t in especially good shape right now, and something bad is going to happen, sooner or later. Maybe in November. But Wyoming’s concerns still seem a little apocalyptic. The task force is to study the potential impacts of a variety of potential federal disruptions, including (but not limited to) a rapid decline of the dollar, a disruption in food or energy distribution, an unspecified “constitutional crisis,” or, even more ominously, the “potential effects of a situation in which the federal government has no effective power or authority over the people of the United States.”

Hm. Not sure what they’re getting at there. If the federal government had no power (and so presumably little if any authority), that’d mean things were pretty damn bad. If it had no authority, but did have power, there’d be those what would say that calls for secession. (Not that I’m a fan of the feds exceeding their authority.)

Is Wyoming planning to secede? If so, it’d probably need some armed forces. Maybe that’s why Rep. Kermit Brown offered an amendment (which was adopted) requiring the task force also to look into the “conditions under which the state of Wyoming should implement a draft, raise a standing army, marine corps, navy and air force and acquire strike aircraft and an aircraft carrier.” Emphasis added.

Surely, I thought, this means that at least somebody has a sense of humor about this project. Even if Wyoming were going to be independent, either by choice or because the other 49 states just quit inviting it to things, it’s not very likely to need an aircraft carrier. But Brown had previously voted in favor of moving the bill forward, and so it’s hard to see why he would then add an amendment making fun of the whole project, let alone why the majority would have agreed to it. (So far, he hasn’t responded to my request for comment, but I’m sure somebody will.)

Is the whole project (or at least the amendment) just intended to call attention to Wyoming’s displeasure with the federal government? Or does Wyoming really need a navy with strike capability? And is that even possible? 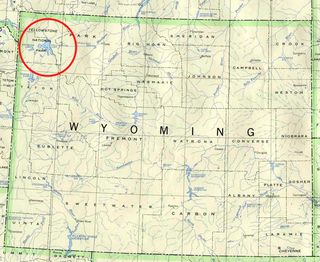 The state does not have a whole hell of a lot of water, to be honest. It appears that its largest lake is Yellowstone Lake, which on average is about 140 feet deep. (Yes, it’s in a national park now, but that wouldn’t matter, would it?) The draft of a Midway-class carrier, which you can probably find on eBay for cheap, was only 33 feet; even the biggest carrier available (Nimitz-class) only needs about 40 feet of water to float. So yes, assuming they could find one and figure out a way to get it in there, the people of Wyoming could potentially have their own aircraft carrier. It might not have much room to putt around in, but still.

I wouldn’t get too cocky, though, even then. Dry as they are, most if not all the neighboring states seem to have at least one lake that could float a carrier, and since Wyoming has the fewest people of any U.S. state, it’d be heavily outnumbered, too.