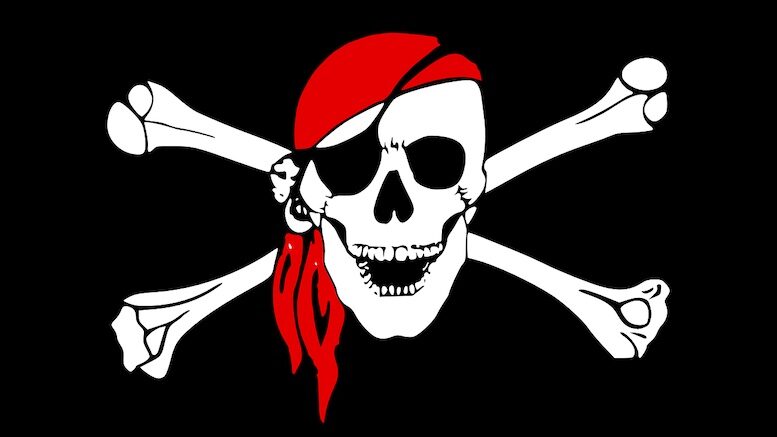 Yaarrr, me lads, have that letter and security bond at the ready!

On February 28, a member of Congress introduced a bill that would authorize the President to issue official letters of marque and reprisal commissioning private individuals to act as privateers for the purpose of seizing enemy vessels.

This of course is related to the Russian attack on Ukraine, and reflects the widespread desire to take actions short of war to help Ukrainians—or more to the point here, to punish Russian oligarchs up to and especially including Vladimir Vladimirovich Putin. The punishment would come in the form of stealing the oligarchs’ assets, many of which are located outside Russia. Most prominent recently have been suggestions that their private planes and ginormous superyachts might be good targets for this.

Sorry, did I say “stealing”? I meant “seizing.” Normally, taking property that is not yours with the intent that it become yours is an illegal act sometimes referred to as “stealing” (depending on how you do it). When a state does it—for example, let’s say a big country ruled by a total dick sends its army into a smaller country to take territory—that is also illegal (depending on which side wins), but you typically wouldn’t call it “stealing.” You would call it something like “claiming” or “seizing” or “the Treaty of Guadalupe Hidalgo.” (NOTE: in hopes of heading off the usual flood of angry messages from James K. Polk supporters, that wasn’t meant to imply that he was a total dick. I only picked that treaty because I like the name.)

A “letter of marque and reprisal” is basically a government-issued license that allows a private citizen to go out and seize the property of that government’s enemies. Traditionally, this meant the seizing of enemy vessels on the high seas. If you didn’t have a letter, doing this made you a loathsome pirate. If you did, it made you a heroic privateer.

So that was the deal 200 years ago, but why does Rep. Gooden think he can do this now? Because the Constitution says he can.

It’s right there in the middle of the list of What the Congress Shall Have Power To Do:

To define and punish Piracies and Felonies committed on the high Seas, and Offences against the Law of Nations;

To declare War, grant Letters of Marque and Reprisal, and make Rules concerning Captures on Land and Water;

To raise and support Armies, but no Appropriation of Money to that Use shall be for a longer Term than two Years ….

That of course was written in 1787, and letters of marque were issued under that authority during such titanic struggles as the Second Barbary War (1815). By the mid-19th century, though, privateering had fallen out of favor, and most nations that had allowed it agreed to stop in 1856. The U.S. did not sign that agreement, and as you can see, the Constitution still gives Congress the authority to grant letters of marque and reprisal. But it looks like that authority hasn’t actually been used since 1815, most likely because now we actually have armed forces that are a lot better at this kind of thing anyway.

Gooden’s bill is not the first time this century that the idea has been raised anew, though. In fact, it has been raised at least four times before now—each time by the same guy: former Rep. Ron Paul. In the months after the September 11 attacks, Paul introduced three different bills that would have authorized the president to authorize “so many of privately armed and equipped persons and entities as, in his judgment, the service may require,” to go get the terrorists personally. These went nowhere, probably because, as noted, the president already had a whole lot of armed and equipped persons and entities he could send over for that purpose, and they were getting ready to do just that at the time.

Paul tried again in 2007, this time specifically naming Osama bin Laden, who was still on the run at the time, employing a variety of sophisticated methods to elude capture. See, e.g., “Report: Bin Laden Wore a Cowboy Hat to ‘Avoid Detection From Above’” (July 8, 2013). But that bill too seems to have quietly been tabled, probably for the same reason as before.

Gooden’s bill is obviously modeled on these prior efforts, right down to the slightly odd grammar (“so many of privately armed and equipped persons”) and the requirement that potential privateers post a security bond in an amount “sufficient to ensure that the letter be executed….” That is probably meant to limit the pool of applicants to mercenaries private military contractors, or at least to dampen the enthusiasm your Uncle Bob and his friends might have for trying to go over and grab themselves a boat. Given that the yacht that’s believed to be Putin’s is worth about $700 million, the security bond for the kind of operation required would probably be pretty hefty.