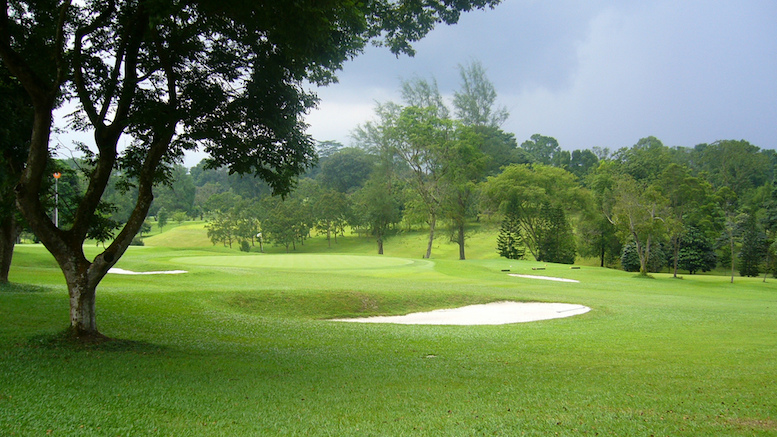 The Hawaii Supreme Court has ended Ryan Yoneda’s quest for compensation from Andrew Tom, who he says hit him in the eye with a golf ball in 1999. Yoneda v. Tom, 133 P.3d 796 (Haw. 2006). In a unanimous ruling, the court found that golfers assume the risk of injury when they play golf, because it is “common knowledge” that golf balls don’t always go where a player intends them to go. (Mine sure as hell don’t.) Since the risk of being struck by an errant golf ball is an “inherent risk” of the activity, the assumption-of-the-risk defense defeated Yoneda’s claim.

In fact, the court said, Mr. Tom was not even required to yell “Fore,” the traditional way of announcing, “Attention!  My golf ball does not appear to be going where I intended it to go, and may intersect one of your appendages or other parts.” (“Fore” is shorter.) Tom conceded that he had not given notice, but the court considered this a rule of “golf etiquette,” not a legal requirement.

“That’s not too good,” Yoneda said of the court’s ruling. “I know what it’s like to be hit and I don’t want anybody to go through what I went through.” Well, you still have options even after the court’s ruling. Two suggestions: (1) the fairway is not the best place to watch somebody else tee off (although Yoneda’s injury did involve a multiple-bounce post-chip-shot scenario), and (2) golf goggles.

The court cited numerous cases, many from my own wonderful state of California, holding that the risk of an errant golf shot is inherent and well-known. It adopted a remarkable statement by the California Court of Appeal suggesting that if liability could be premised upon such a shot, the sport of golf, yea, perhaps society or even civilization itself, might crumble:

While golf may not be as physically demanding as other more strenuous sports such as basketball or football, risk is nonetheless inherent in the sport. Hitting a golf ball at a high rate of speed involves the very real possibility that the ball will take flight in an unintended direction. If every ball behaved as the golfer wished, there would be little “sport” in the sport of golf. That shots go awry is a risk that all golfers, even the professionals, assume when they play.

Holding participants liable for missed hits would only encourage lawsuits and deter players from enjoying the sport. Golf offers many healthful advantages to both the golfer and the community. The physical exercise in the fresh air with the smell of the pines and eucalyptus renews the spirit and refreshes the body. The sport offers an opportunity for recreation with friends and the chance to meet other citizens with like interests. A foursome can be a very social event, relieving each golfer of the stresses of business and everyday urban life. Neighborhoods benefit by the scenic green belts golf brings to their communities, and wild life enjoy and flourish in a friendly habitat. Social policy dictates that the law should not discourage participation in such an activity whose benefits to the individual player and to the community at large are so great.

Ah, yes, the refreshing scent of the eucalyptus. I guess I would agree that “a foursome can be a very social event” and a real stress-reliever, but the rest of those benefits seems a bit exaggerated.  Whoever wrote that has never seen “Caddyshack,” that’s for sure.

Montana’s Roadkill-Harvest Law Getting Lots of Use