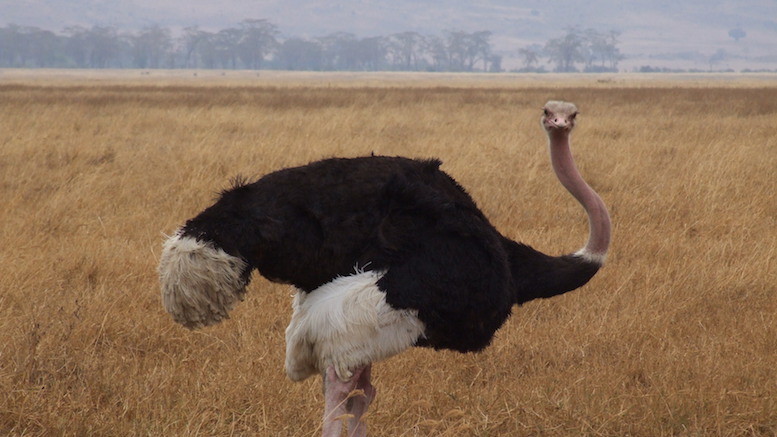 That is one weird bird (image: Wikimedia)

On Halloween in San Mateo County, California, an encounter between two men and a herd of ostriches turned deadly, resulting in one dead and two behind bars. Sadly, the ostriches’ lack of opposable thumbs, or any thumbs at all, frankly, again resulted in an ostrich becoming a casualty.

The men and their dates were drinking, it will surprise you to know, and decided to trespass on a local ranch late on Halloween night after a party. This ranch was home to an ostrich herd, among other things, and according to the report “one of the birds apparently grew incensed and attacked the group and injured both men,” causing their dates to laugh at them. Angered by their injuries and humiliation, the men returned later with a rifle and shotgun and killed their assailant. Yes, they returned to take revenge on a bird.

Hopefully the revenge was sweet, because the men were arrested and have been charged with animal cruelty. Adding to the genius of the bird murder is the fact that one of the men is a felon who is not supposed to have any firearms at all to begin with, let alone use them to kill things.

The two ostrich-killers remain in custody on $25,000 bond. Their preliminary hearing is scheduled for November 21. The ostrich is survived by a bunch of other ostriches.