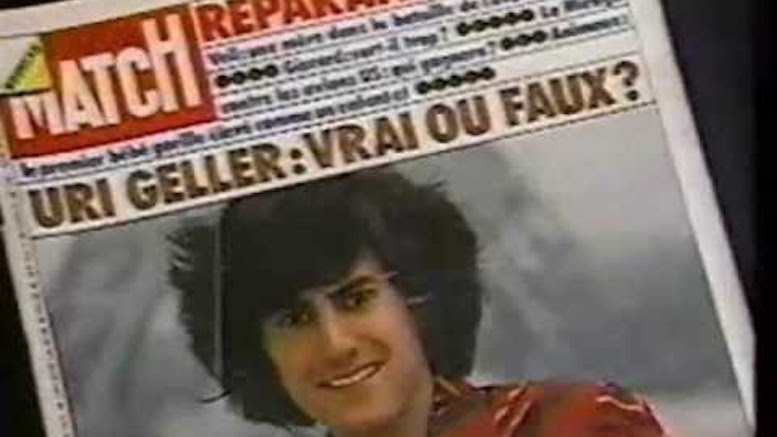 Only the wealth of material last week prevented me from reporting on the suit and counter-suit recently filed by Uri Geller and Brian Sapient.

You may remember Geller as the purported psychic who claims the remarkable ability to bend spoons with his mind, although what’s much more remarkable is that he can earn money by claiming the ability to bend spoons with his mind. Sapient is a Pennsylvania man who is a co-founder of the “Rational Response Squad,” an anti-theist group with a sideline in pseudo-psychic debunkery. “Brian Sapient” is a pseudonym—according to his complaint, his “controversial religious beliefs” have generated a “substantial amount of abusive correspondence, including threats of physical harm against him.” That’s why he seeks to proceed as “John Doe a/k/a Brian Sapient” (although if you are already using a pseudonym I wouldn’t think you would need “John Doe” anymore).

Geller sued after Sapient posted (on YouTube) a clip from “Secrets of the Psychics,” a 1993 NOVA program that examined Geller’s claims. That program incorporated footage from (among other things) a 1973 “Tonight Show” appearance in which Geller failed to bend spoons that had been preselected by Johnny Carson, and a professional magician of the non-psychic variety (James Randi) who showed how easy it was to do what Geller did. (Tip: it involves either “pre-bending” the spoon or bending it surreptitiously with what psychics call “hands.”) It also included a three-second clip of Geller at another public event, a clip to which Geller claims a copyright interest. Geller’s lawsuit, filed in Pennsylvania, was based on those three seconds.

Sapient’s countersuit, filed in San Francisco federal court by attorneys with the Electronic Frontier Foundation (its extensive Geller coverage is here), alleges that Geller used his abilities to cause YouTube to remove the video Sapient had posted. (His litigation-threatening abilities, anyway, not the psychic ones.) Sapient alleges that this was misrepresentation under the Digital Millennium Copyright Act because the threat is baseless.

Reached for comment, the psychic’s lawyer called the other lawsuit “frivolous.”

According to the often-accurate Wikipedia, Geller owns a 1976 Cadillac “adorned with thousands of pieces of bent tableware given to him by celebrities or otherwise having historical or other significance,” including spoons used by John Lennon, the Spice Girls, Winston Churchill and John F. Kennedy. Wikipedia also claims, without citation, that Geller designed the logo for the band *NSYNC, but the band’s website does not mention any involvement by Geller, so that seems doubtful. This was greatly disappointing to me, but then I learned from the BBC that (and in retrospect this is not at all surprising) the best man at Geller’s 2001 wedding was Michael Jackson.

That cheered me up quite a bit.