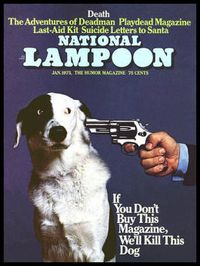 The Associated Press reported last week that local officials in the Swiss village of Reconvilier, apparently tired of people not paying the $50 annual dog-ownership tax, have taken a reasonable, measured approach to enforcement by threatening to kill any dog whose owner doesn't pay up.

The officials now seem somewhat surprised that they have become possibly the least popular officials currently serving in any Swiss village.

The controversy arose after the town's Board of Councillors issued its monthly press release for December 2010. Towards the end of that document, the Board noted its frustration that Reconvilier residents were not paying taxes, and said that it was planning relatively drastic action:

The Board took note of the statement of unpaid council bills. It was found that even the dog taxes remained outstanding. The Executive has appointed the Councillor responsible for finance to hear [appeals from?] such debtors. Regarding taxes on dogs, the authority plans, failing to quickly obtain the settlement of arrears, to demand the slaughter of animals whose taxes are not paid at the expense of their owners, according to what is allowed under Article 4 of the cantonal law [passed in 1904] on dog taxes.

Emphasis added. As is usually the case on this site, the translation (from French) is courtesy of Google Translate, and while it may leave something to be desired, the dog death threat seems relatively clear. (Complaints about any errors in translation should be directed to France.) There is also a reference to a new press release specifically discussing the dog issue, but that link is broken, and like I said I don't read your language anyway, dog-killers.

Sorry – dog threateners. (Trying to heed calls to tone down the rhetoric.) No dog has actually been injured, nor is that likely, especially given the deluge of "insults and threats" that the councillors say they have been receiving ever since the news broke that they had taken dog hostages. According to this report (also in French), the town's mayor said he has received at least 700 emails from around the world about the matter, which have included calls for a boycott of Swiss products and even counter-death threats against the town's human officials.

"I can't let these death threats pass," the mayor was quoted as possibly saying. "They are gratuitous and destabilizing." He said he now feels nervous when he goes outside (now you know how the dogs feel), and that the media coverage had caused a kind of "snowball effect" (l'effet boule de neige). Using another phrase that somehow sounds both better and more ridiculous in French, he said the town had become the subject of "an incredible media hype" (un battage mediatique incroyable) that portrayed officials as "bloodthirsty beings" who were preparing to "line 5000 dogs up against a wall [and shoot them]." So, a couple hundred dog executions would not be a big deal?

In short, the Board so far is not backing down in any way. In fact, at its meeting on Monday it apparently decided to seek a legal opinion as to whether it had any grounds to take legal action against those who had emailed verbal attacks. (Here's a legal opinion: no.) I still predict that no dog will be harmed, because if they think the battage mediatique incroyable is bad now, they should consider what l'effet boule de neige would be if that happened.