Answer below, but first, this.

One obvious followup to Tuesday’s post about the largest demand yet made in a lawsuit is to ask: What if Au Bon Pain lost and had to pay the plaintiff $2 undecillion? I did some similar math back when the World’s Largest Demand was a mere $3 quadrillion, but the new number is big enough that it really calls for some expert analysis.

I thought Randall Munroe, who does the great webcomic xkcd and also the “what if?” series (soon to be a book) might be interested in this one, and indeed he was. This week’s “what if?” is a typically hilarious take on the ramifications of the “$2 Undecillion Lawsuit.”

Just a couple of highlights, because you should read it. Not only is the demand vastly more than the estimated economic value of all goods and services ever produced by humanity, “[e]ven if Au Bon Pain conquers the planet and puts everyone to work for them from now until the stars die, they wouldn’t make a dent in the bill.” If you sold the entire Earth at the current market value of its component elements, you still wouldn’t even be close.

Ultimately, Randall concludes that there is no way Au Bon Pain could ever pay the judgment, but fortunately, it “has a better option.” Namely, it can hire Ted Olson to defend it.

To figure out whether that is really a better option, we need to know Ted Olson’s billing rate. Luckily, we do, or at least we know what it was in 2012. For those who don’t know the name, Ted Olson is a partner at Gibson, Dunn & Crutcher, a former Solicitor General of the United States, winner of Bush v. Gore and, as if in penance for that but actually for these reasons, one of the two lead lawyers in the challenge to California’s Proposition 8.

Seems he also does some bankruptcy work, because according to court filings in a 2012 case, he gets paid $1,800 an hour to do it.

To the best of my knowledge, that is the highest hourly rate any lawyer has ever charged. (If you know of a lawyer who charges more, and so is presumably standing around somewhere in a suit made from the skin of some animal that was the last of its species and saying offhandedly, “Oh, is Ted still only getting $1,800? I assumed it would be more by now,” please let me know.) I assumed that Randall was going to calculate how long it would take one Ted Olson to bill $2 undecillion dollars, but he had a different and better idea—

Suppose there are 40 billion habitable planets in our galaxy, and every one of them hosts an Earth-sized population of 7 billion Ted Olsons.

—and a great illustration to go with it. His point being that Au Bon Pain could hire all the Ted Olsons, in a galaxy filled with Ted Olsons, to defend it, and even if they had to work their asses off for a very long time, it would still be cheaper than paying. (Assuming the Ted Olsons won, which is a pretty fair assumption.)

I still wanted to know, though, how long it would take a single Ted Olson to bill an amount equal to the demand in this case, which is really just a different way of answering the same question. My math skills pale beside Randall’s, but this one turns out to be pretty easy: 1.1 decillion years of constant billing (give or take). [Update: not as easy as I thought: I forgot to convert from hours to years. It’s 1.1 decillion hours, which at 8,760 hours/year comes out to (roughly) 127 octillion years. Doesn’t change the conclusion below, but still. Thanks to Robin and Chris for pointing this out.] 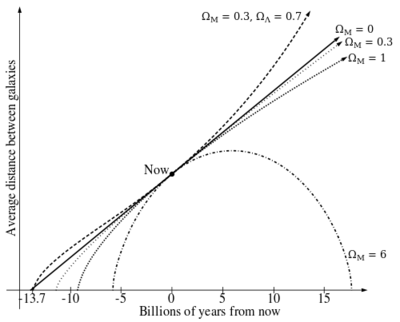 Sadly, unless the universe is open-ended, there wouldn’t be anywhere near enough time for Ted Olson to bill the full amount, and even then he wouldn’t be able to accomplish this because he would move more and more slowly as the average temperature of the universe approached absolute zero. So it turns out to be a trick question: Ted Olson could never bill two octillion gigadollars.

Yes, I realize there could conceivably be parallel universes or multiverses in which arguably the same Ted Olson could be billing on a theoretically infinite number of timesheets, but now you’re just being ridiculous.

“The Huge Duck Scared Me,” Says Woman Ticketed for Failing to Yield to It

If You’ve Been Blown Up, Call This Firm Now