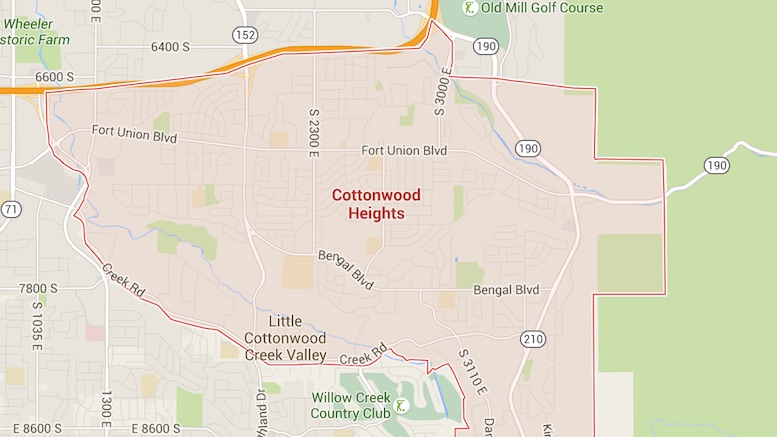 In a decision that probably has nothing to do with embarrassing national attention, Cottonwood Heights has dropped the charges against Steve Unger. You will recall that Unger was arrested last week and charged with various dancing-related offenses. To be honest, the prosecutor had said a few days ago that he was planning to drop the charges, but because he had not done so yet, and because I wanted to make fun of those charges first, I didn’t mention it at the time. Now the time has come.

City officials issued press releases that carefully did not apologize for the arrest. “Our intent was never to harass Mr. Unger,” said Chief Robby Russo. “We only wanted to assure his safety and the safety of passing motorists.” (This is the unlikely “he might have jumped into traffic” theory floated at the time.) “Both Mr. Unger and the CHPD could have done a better job of communicating at the time,” Russo concluded, whatever that might mean.

Then there was the mayor. “We all have unique relatives whom we love and appreciate because we know and understand them,” he said. “Our police recently became acquainted with one of Holladay’s favorite sons who possesses unique abilities we did not understand.” This sounds a little like they arrested somebody by mistake at the Special Olympics, but okay. “Mr. Unger is welcome anytime to safely walk the streets of Cottonwood Heights,” the mayor concluded, slipping in an adverb to further suggest that Unger had, in fact, been misbehaving.

Anyway, they dropped the charges. Unger wasn’t too happy about the non-apologies, though, and as it turned out, he got an opportunity to tell the Utah Senate about it.

While the topic of the hearing Wednesday was “law enforcement use of force in Utah,” they ended up talking about Cottonwood Heights specifically because the chair had invited Unger to speak. (He also invited Unger to dance, which he did but sadly the hearing was not on video.)

Unger testified the officers told him someone had reported he was dancing in the street, which he denied. “I understand the physics,” he said. “Little man, big cars. And I stay on the sidewalk.” He said the officers refused to accept this and demanded his ID. “This is not a police state, I don’t have to identify myself to you,” he said, and asked if he was under arrest. They said no, but that they were “investigating a crime,” which justified the ID demand. That exchange happened twice more, after which Unger started to walk away. He then found he was under arrest.

As I said the other day, detaining him and demanding ID was only legal if they had reasonable suspicion of criminal activity. Here they had one witness reporting something they didn’t see when they arrived, and that Unger denied doing. That’s about as thin as it gets. These stop-and-identify statutes seem pretty pernicious to me because, as in this case, they make it easy to go from questionable stop to probable cause for arrest, not because there was probable cause in the first place but just because you object to being hassled.

No officials or officers testified at the hearing, so we only have Unger’s side of the story, of course. The chair claimed that in a private meeting, officials had admitted they were dropping the charges because they felt the officers “overreacted,” so take that for what it’s worth.

Finally, I took a quick look at the city ordinances of Cottonwood Heights, guessing that might be moderately fun because of the likelihood there would be something on the books that’s blatantly unconstitutional. (You’d be surprised at how often this is the case, actually. Or maybe you wouldn’t be.) And sure enough, here’s one:

It is unlawful for any person to use profane, obscene or indecent language in any public place where other persons might reasonably hear such language, or the use of language constitutes fighting words.

Nope. The First Amendment protects your right to swear in public. That’s not to say you should exercise that right like a jerk, but it isn’t illegal. (Same is true, by the way, for swearing at police or government officials. I mean, of course the First Amendment protects the right to tell government to go $&%# itself. That’s what it’s for.) There is a narrow “fighting words” exception (and a couple other equally narrow ones), but they used an “or” where they should have said “unless.” So taken separately, as it’s written, the first part of this is unconstitutional.

A person is guilty of failure to disburse when such person remains at the scene of a riot, disorderly conduct or an unlawful assembly after having been ordered to disburse by a law enforcement officer…. Any person who fails to disburse shall be guilty of a misdemeanor.

Of course, “to disburse” means “to pay money.” So in Cottonwood Heights it is, technically, a crime not to pay up when a police officer orders you to, at least if there’s a riot going on or some kind of disorderly conduct (and they can always find something disorderly about conduct).

Did they obviously mean to criminalize a failure to disperse? Sure. Am I going to ignore it for that reason? Nope.