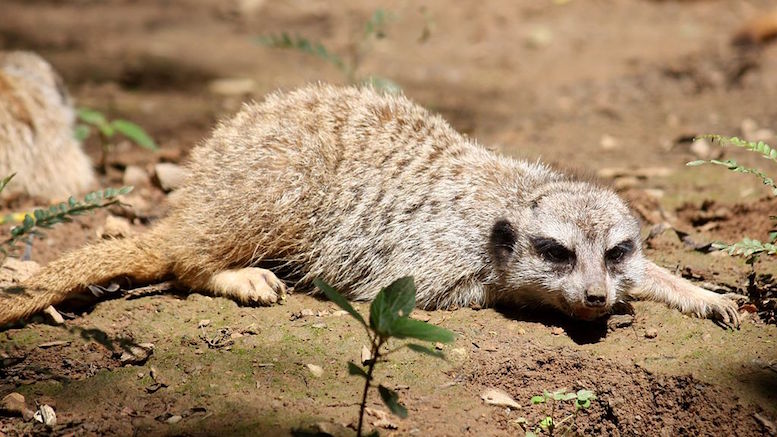 A meerkat, not getting involved (photo: Ltshears via Wikimedia Commons)

Well, congratulations to the Associated Press for a lede that I’m not even going to try to beat:

A former meerkat expert at London Zoo has been ordered to pay compensation to a monkey handler she attacked with a wine glass in a love spat over a llama-keeper.

In legal writing you don’t want too many prepositional phrases but here I think they were absolutely required.

According to the report, the case arose out of a zoo-based love triangle that involved a man (the llama-keeper) dating two of his female colleagues. Matters apparently came to a head at the zoo’s Christmas party last December 8, when there was a fracas between the two women. (The AP used the word “fracas” but I’m sure I would have anyway.) Who struck first was disputed. The meerkat expert claimed the monkey handler punched her first and that she did not remember hitting her with a wine glass—but the judge seems to have found otherwise, as did the zoo, which fired her. Now she must pay £800 ($1,235) to the monkey handler, a judge held today. She was also sentenced to 12 months of community service.

The report does describe her as a former meerkat expert, but I assume she’s still an expert on meerkats, just one that is between jobs at the moment.