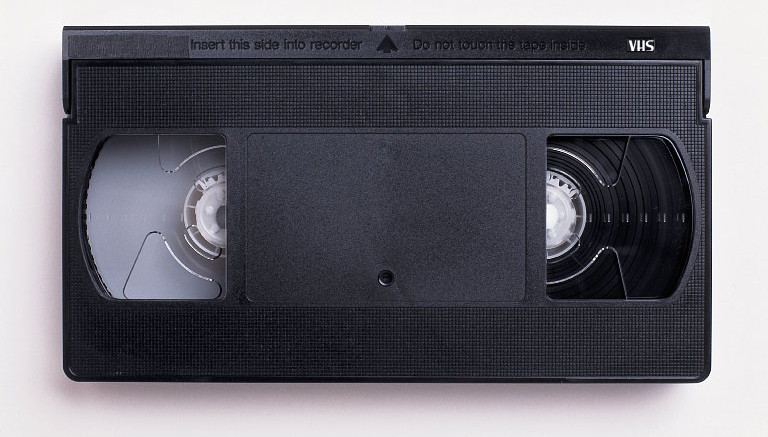 When Kayla Finley was arrested in 2014 for failing to return the movie “Monster-In-Law,” which she had rented in 2005, I was all over that case because (1) they arrested somebody for not returning a video (2) nine years earlier and (3) the video was “Monster-In-Law,” for God’s sake. I even did an update and then another one when the charges were dismissed, because, I mean, when is another story like that one going to come along?

Providing further evidence that nothing is so ridiculous it can’t someday be outdone—not that you needed more evidence if you’ve been watching the U.S. presidential campaign—on Tuesday, police in North Carolina (1) arrested a man for not returning a video (2) 14 years earlier and (3) the video was Freddy Got Fingered, for God’s sake. According to WSOC, James Myers was stopped for a broken tail-light, which resulted in a license check, which resulted in this:

“The officer said, ‘I don’t know how to tell you this but there’s a warrant out for your arrest from 2002. Apparently you rented the movie “Freddy Got Fingered” and never returned it.’ I thought he was joking,” said Meyers.

Nope. The “crime” is “failure to return hired property,” basically the same one with which Kayla Finley was charged.  If you rent or hire “any horse, mule or other like animal, or any buggy, wagon, truck, automobile, or other vehicle, … tool, or other thing of value,” and willfully fail to return the same when time is up, that, my friend, is a Class 3 misdemeanor. (I just noticed it’s also against the law there to vandalize a cave, but I am really trying to stay more focused.) While the law is not a joke, the idea that somebody might actually be prosecuted for failing to return a video—or, let’s say, library books—is something about which people might indeed joke.

And to his credit, the officer who stopped Meyers obviously saw the humor in the situation. He also did not arrest Meyers, letting him take his daughter to school and go to work as long as he promised to “turn himself in” later that day. So, a reasonable response to a ridiculous situation, allowing the citizen to go in when convenient and work out the problem that way, rather than cuffing and arresting him for a late video, like they did to Finley. And Meyers kept his promise, visiting the station later that day.

Where they promptly cuffed and arrested him. He has a court date on April 27. 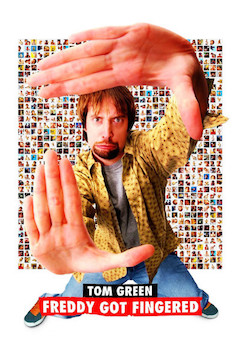 The story is so similar to Finley’s that I am able to recycle many of the jokes I made then, but sufficiently different to justify doing that (in my mind). For example, I can say the first mistake the defendant made was renting this horrible movie in the first place. But while “Monster-In-Law” sucked—it has a 16% rating at Rotten Tomatoes, and Roger Ebert said he tried to enjoy it but kept being “interrupted by bulletins from my conscious mind, which hated it”—“Freddy Got Fingered” has an 11% rating, and Roger Ebert called it “a vomitorium consisting of 93 minutes of Tom Green doing things that a geek in a carnival sideshow would turn down.” “Six minutes into the film,” Ebert continued, “his character leaps from his car to wag a horse penis,” and things go way downhill from there. Critic Consensus: “a significant number of critics are calling Tom Green’s extreme gross-out comedy the worst movie they have ever seen.” So, renting it is a terrible idea, even setting aside the possibility doing so may lead to your arrest in some future decade.

Finley also made the mistake of trying to be a good citizen, not by complying with an officer’s instructions as Meyers did, but by going to the station to report a crime (a real one). One routine check later, cuffed and arrested for failing to return a video. An equally unsurprising similarity is that to the extent there was a “victim” here, it no longer exists, because the video store involved has long since closed. Also, prosecuting Meyers now would likely violate his Sixth Amendment right to a speedy trial, which we discussed in Finley’s case here. And, of course, we can also say that in both cases, having watched the video in question, the defendant has already suffered enough.

The major difference with Finley’s case is that North Carolina has a statute of limitations—which, bizarrely, South Carolina does not—and misdemeanors must be prosecuted within two years of the offense. For that reason, too, why they felt the need to cuff, arrest, and process Meyers under the circumstances is puzzling, although at least he didn’t have to spend the night in jail like Finley did. “They’re not focusing on the crimes I think they should be focusing on,” Meyers commented, and that seems right.

In what is presumably an effort to atone for his own crimes, Tom Green has offered to pay the fine (the criminal fine, not the late fee) if one is imposed on Meyers. At least once they told him the max was $200, that is. He also said he would “put in a good word” with the court, but it’d be safer to just have him pay the fine from a distance.

Some Words About That Badass Lawyer Ad [Updated]

Judge Finds Hockey Player Guilty of Being a Colossal Asshole