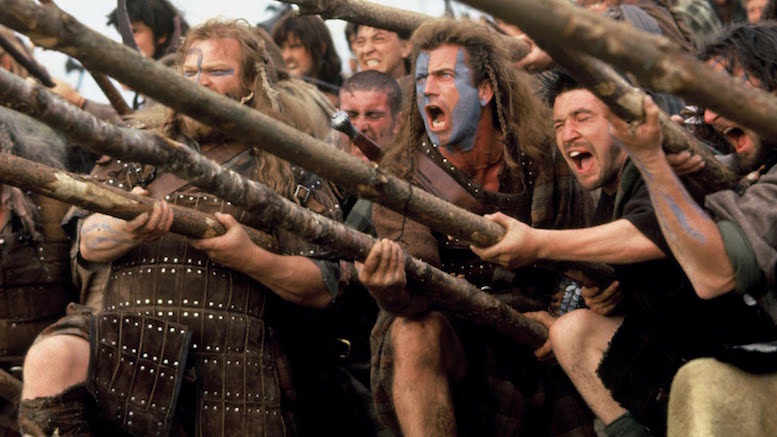 A couple of weeks ago I mentioned that the “sovereign citizen” movement had made its way to Ireland, and now I am informed it’s plaguing their Gaelic cousins over in Scotland, too.

This movement takes many forms, of course, but one thing these groups have in common is a penchant for bad legal arguments that, coincidentally, would have the effect of exempting them completely from things like tax codes and other rules that apply to the rest of us. And this appears to apply in full to the “IndyCamp” protesters, a group that has been camping out on the grounds of the Scottish Parliament for some time now, and that recently argued that the 1707 Treaty of Union prevents the government from evicting them.

It probably does not.

The IndyCamp group wants independence for Scotland, and have modeled their campaign on a similar vigil about two decades ago. A 1997 referendum showed large majorities were in favor of having a separate parliament—and now they have one, though with limited powers—but in a 2014 referendum, 55% voted against full independence. Still a live issue, though, especially after a big win in 2015 for the Scottish National Party. 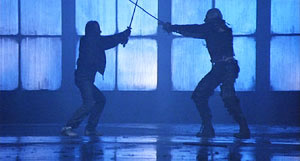 There can be only one prime minister of a devolved Scottish parliament! Or something.

You now know everything I do about Scottish politics. It was all news to me—I thought this was all settled permanently in 1986, but apparently not.

I have no opinion about Scottish independence or about whether the IndyCampers should be evicted, but they didn’t help either cause last week when they got a chance to present their legal arguments to the Court of Session. BBC reporter Philip Sim was there to live-tweet the proceedings, anticipating that this would be quite a show, and it was apparent right away that he was not wrong:

Court of Session filling up for the IndyCamp case; apparently someone attempted to bring a set of bongos through security. Sadly denied

That was the first injustice of the day: depriving a Scotsman of his ancient right to express himself with bongos. It would not be the last.

Parliament is seeking to evict the IndyCampers, who have responded, apparently, with three primary legal arguments: (1) the 1998 act that created the Scottish parliament conflicts with the 1707 Treaty of Union, (2) there is no law of trespass in Scotland, and (3) the IndyCampers have rights as indigenous peoples under UN law. Let us consider these.

The first one seems to be a theory that because of the conflict, Parliament doesn’t own the land at all—some guy named Murray does, it turns out. Parliament’s representative said it had in fact produced the title to the land, which is pretty good evidence. And since IndyCamp’s representative said Murray has “disappeared,” it’s probably conclusive.

What about there being no trespass laws in Scotland? “It is a perpetual myth that there are no trespass laws in Scotland,” says this article in the Journal of the Law Society of Scotland. The situation is actually more complicated than I’d have thought, because there is also a traditional “freedom of access to the countryside,” so there might be an argument in there somewhere. But arguing “there is no law of trespass at all” is the kind of vast oversimplification you tend to get from sovereign citizens. There is also a tendency to think that using a particular word or even punctuation is the magical key to victory, which seems to be at issue here, too (“trespass” v. “encroachment”).

The easy one is the argument based on the UN Declaration on the Rights of Indigenous Peoples (with the unfortunate acronym UNDRIP). One point for the IndyCampers: this actually does exist. Two points against: it’s not binding, and also they aren’t indigenous peoples. To be fair, UNDRIP doesn’t actually define “indigenous person,” which is a little surprising since it’s declaring that they have rights. I guess you know them when you see them? Anyway, this issue did come up at the hearing. Who’s an indigenous Scot? the judge asked; several people in the courtroom raised their hands, which is not really what he was looking for, I don’t think. “It’s not enough to just say, there’s a declaration I’ve heard of, it must apply to me,” he pointed out.

They were all able to agree that somebody born in England isn’t an “indigenous Scot.” Okay, but who is? Being born in Scotland during the 20th century probably doesn’t make you an “indigenous Scot.” I mean, it’s going to depend who and when you ask, but unless you’re a Pict or something like that, I don’t think you have a great argument here. And eventually the IndyCamp representative conceded on this one, so I take it they don’t have any Picts in camp.

The judge said he will issue a written decision “in due course,” and I’m guessing there’ll be some empty tents in Edinburgh sometime in the next few weeks.

How Many Times Do I Have to Say It? Skulls Go in Checked Baggage

ACLU Says It Will Go To Bat For Mullets If Necessary