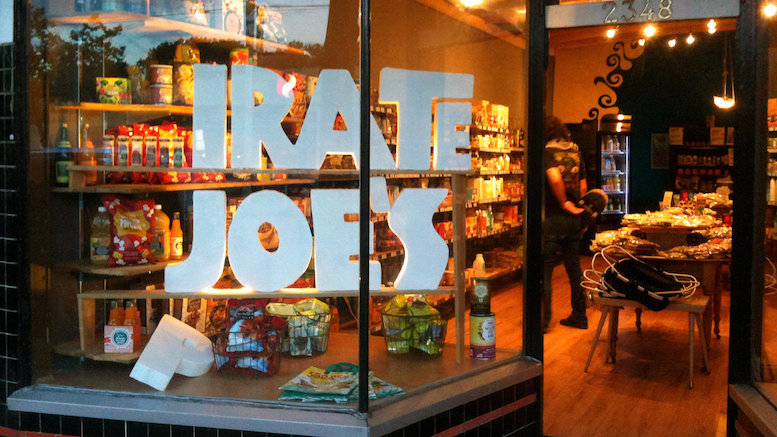 "I guess '[P]irate' is another word for Trader. I am confused." —Consumer

As you may recall, in 2013 the Trader Joe’s grocery chain sued a Canadian man who had spent more than $350,000 in its stores during the two previous years. See “Why Is Trader Joe’s Suing Its Best Customer?” (Aug. 21, 2013). Trader Joe’s doesn’t do business in Canada, though there is clearly a demand for its goods there—which is why said Canadian was able to make money driving into the U.S. to buy huge quantities of said goods and then reselling them in a Vancouver store he called “Pirate Joe’s.” (After Trader Joe’s sued him he dropped the P, making it “Irate Joe’s.”) Okay. Is that illegal?

The district court said no (“Pirate Joe’s Prevails … For Now,” (Oct. 7, 2013), finding it had no jurisdiction. Although the Lanham Act can be applied “extraterritorially,” under Ninth Circuit precedent that’s only if (among other things) the action has “some effect” on “American foreign commerce” that injures the plaintiff. So, how is Trader Joe’s—which does no business in Canada—being injured by somebody who buys hundreds of thousands of dollars worth of its products, regardless of what he does with them later? ‘Tisn’t.

‘Tis too, the Ninth Circuit held on August 26 (NPR). The injury isn’t to competition, though, it held, but rather that Irate Joe’s “poor quality control practices could impact American commerce if consumers who purchase Trader Joe’s-brand products that have been transported to Canada become ill, and news of such illness travels across the border.” This could harm Trader Joe’s reputation, it argued, and cause it to lose sales. The court held there is “nothing implausible” about this argument, but I don’t know about that. The products do still have the “Trader Joe’s” label on them, but the store has never been called “Trader Joe’s” and the owner isn’t hiding the fact that he is bringing the stuff in from the States. It’s not impossible that somebody might get confused, but it does not seem very plausible.

Also, what exactly is the “American foreign commerce” here? Trader Joe’s isn’t doing anything in Canada. At all. It sold stuff in the U.S. and a foreigner, acting on his own, then drove the stuff over the border. That’s American domestic commerce. And if a Canadian gets sick and an American hears about that somehow and then doesn’t buy at Trader Joe’s, that’s an effect on American domestic commerce. The Ninth Circuit dispenses with this in a footnote, saying that although the precedent says “foreign,” “foreign” also means “domestic” at least in cases where infringing goods then come back into the country.

Which … these did not.

So far as I can tell, the panel cites just one case where the Act was applied although the goods did not come back into the U.S., a 1983 case decided in the Eighth Circuit.  But since the panel here is bound by the Ninth Circuit precedent, ’cause that’s the circuit it’s in, and because “foreign” means “foreign” and it doesn’t mean “domestic,” this seems wrong to me.

Trader Joe’s still has to prove its case—right now this is only based on allegations that the court has to assume are true at this stage. So we shall see. In the meantime, Trader Joe’s stores in Washington still need to be on the lookout for people who may diabolically infiltrate its stores to buy many thousands of dollars worth of its products. That aggression will not stand.