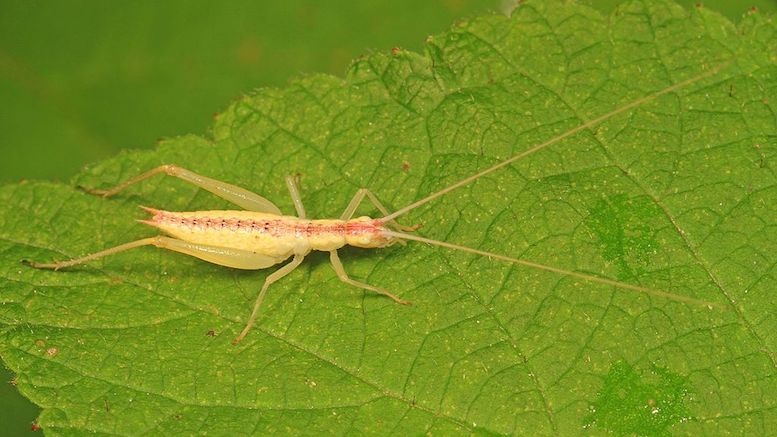 Cricket (image: Judy Gallagher via flickr; ID of prior image as grasshopper: Steven B. Heard via Twitter)

One might find this case interesting because it involves a full-blown constitutional crisis: the legislature passed a law changing the ground rules in the middle of an election, the judiciary held the law unconstitutional, and the executive has declared that he’s just going to ignore the judge’s order completely.

Or one might find it interesting because it may be the first case in Canadian history to contain this paragraph:

According to the opinion in City of Toronto v. Ontario, the city is in the middle of an election period that started on May 1 and will end on October 22. For the first three-and-a-half months of that period, the city had 47 wards. But in mid-August—with hundreds of candidates certified and campaigns under way—the Ontario government passed a law saying that Toronto would now have only 25 wards. Redistricting is a thing legislatures do—just generally not in the middle of a campaign. Or, as Justice Edward Belobaba put it, “The enactment of provincial legislation radically changing the number and size of a city’s electoral districts in the middle of the city’s election is without parallel in Canadian history.”

I’m no expert on Canadian politics, but I would hazard a guess that the new law will favor candidates who are members of the party currently in charge of Ontario. [Note: as several Canadians have pointed out, this guess is probably wrong. The prevailing theory is that Ontario Premier Doug Ford—brother of the late Rob Ford—intended the law more to further a grudge against some members of the Toronto city council. That’s not a better reason, but it is a different one.]

The city and some candidates challenged the law, arguing it violated the Canadian Charter of Rights and Freedoms, and other unwritten but significant principles, such as “the rule of law” and “democracy.” The court agreed with them in part, holding the law was unconstitutional because it interfered with voters’ and candidates’ rights to freedom of expression. He ruled that the October election would proceed with 47 wards, not 25.

At first glance, the court stated, this does look like something a legislature has power to do. Legislatures can pass laws that are “wrong-headed, unfair or even ‘draconian'” (and they often do). Unless those laws violate a constitution, there’s nothing a judge can do about it. But here, Justice Belobaba found this law did interfere with freedom of expression and so violated section two of the Charter. “Perhaps the better question,” he wrote, “is ‘How could it not?'” For over three months, people had been campaigning, spending money, and debating issues on the basis of the existing setup. To suddenly change the rules on them in midstream invalidated all that. Had it been done before the election period started, the court said, that would have been different. But it wasn’t.

Responding to some of the provincial government’s arguments, the court found it had not met its burden to show this particular measure was necessary to achieve its alleged goals, violating the standard of “minimal impairment.” If it was concerned that some wards were too big, as it claimed, why not just make those particular wards smaller? And most importantly, “why do so in the middle of the City’s election? Crickets.”

This appeared on Twitter, along with the question whether, before today, any Canadian court has used the word “Crickets” this way, namely to signify that the court has not heard anything, or anything convincing, in response to an argument. I’m hoping a Canadian can answer that specific question [note: the answer appears to be no], but I was able to run a quick search in the U.S. databases, and the answer for U.S. courts is yes, though it appears to be very rare. But, in fact, one particular U.S. judge has used “Crickets” at least three times—and most likely, he is about to be confirmed for a seat on the U.S. Supreme Court.

Yes, in addition to his other virtues and/or vices, Judge Brett Kavanaugh, current nominee and now a judge in the D.C. Circuit, appears to be the U.S. judge most likely to use “Crickets” this way. Other judges have used the concept, of course. See, e.g., International Academy of Oral Medicine & Toxicology v. U.S. Food & Drug Admin., 195 F. Supp. 3d 243, 251 (D.D.C. 2016) (“After hearing nothing but crickets from the FDA….”). But I was looking specifically for opinions just saying “Crickets.”

While I can’t rule it out, I didn’t find any other examples of this in U.S. jurisprudence. But again, other judges have used a similar phrase, most notably a Texas judge who gets bonus points for using “the sound of crickets” four separate times in an opinion (also in dissent). See Ex parte McCarthy, 2013 WL 3283148, at *5–11 (Tex. Ct. Crim. App. June 24, 2013) (criticizing majority for ignoring a U.S. Supreme Court decision). Perhaps it will become more common in the future.

Oh, the part about the executive ignoring the court’s ruling is also interesting, assuming you think that’s something executives generally shouldn’t do. But Canada’s constitution, or at least the Charter, seems to allow it. According to the report, Section 33 of the Charter says the executive can declare that a law will continue to operate for a five-year term “notwithstanding” a violation of said Charter. It doesn’t apply to the whole thing, but does apply to section two. If the executive invokes this “notwithstanding” doctrine, an expert said, “it means you treat the law as if those constitutional rights don’t exist.”

Doesn’t seem entirely consistent with the concept of having a constitution, but at the moment are we really in a position to criticize Canada on that kind of thing?