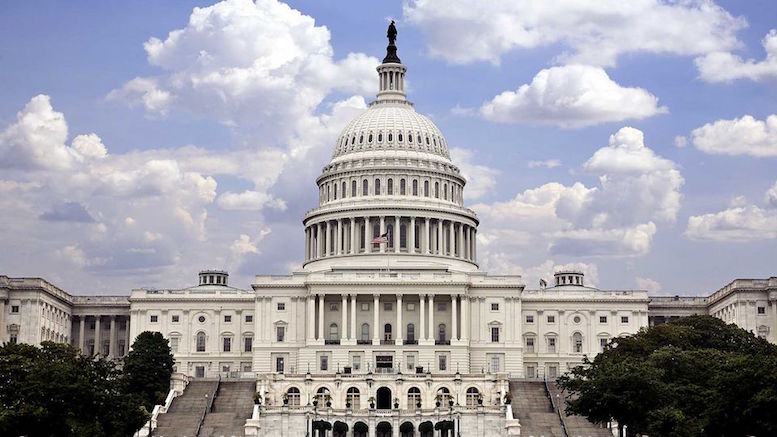 I’m writing this in Montana, location of the Little Bighorn battlefield (which is why I’m here, no offense to the city of Billings, which is very nice). The Little Bighorn, of course, is the place where an experienced guide said to General Custer, “that’s the biggest Indian village I’ve ever seen,” to which Custer replied, “great, let’s split up and go in three different directions.”

Spoiler alert: didn’t turn out real well (for his side, anyway)

But that was a simpler time, back when saying dumb things could actually have real consequences. This no longer appears to be true.

The other day in Washington, D.C., for example—and this is far from the worst recent example, but still—Sen. Mitch McConnell blamed President Obama for legislation that would let families of the 9/11 victims sue Saudi Arabia. Everybody wants justice for the 9/11 families, but many have argued that the Justice Against Sponsors of Terrorism Act is a really bad idea for policy reasons. That’s what the president has been arguing, in fact, and that’s why he vetoed the bill. But it became law last week anyway after Congress overrode his veto. So—

You said McConnell blamed Obama for the law.

But Obama vetoed it.

Which means he didn’t want it to pass, right?

Yep, that’s what it means.

So why would McConnell blame the president if they agree?

Well, they both voted against it.

No, McConnell voted to pass the bill.

Oh. But not to override, obviously.

No, he also voted to override and therefore pass the bill despite the president’s objection. In fact, the specific question was “Shall the Bill S. 2040 Pass, the Objections of the President of the United States to the Contrary Notwithstanding?” He was one of 97 senators to vote yes.

And then he blamed …

Well, shut up then and let me finish, Mr. Bold Print.

What the bill did was create an exception to the doctrine of state sovereign immunity, which (generally speaking) means you can’t sue a foreign state in a U.S. court unless it did something to you here in the U.S. If you’re on safari and Vladimir Putin shoots off your hairpiece, for example, you might be able to sue Russia for that in Zimbabwe (or wherever it happened) or maybe in Russia (ha, is joke) but you can’t force it to defend in a U.S. court. We give other countries immunity not because we love them but because we don’t want their citizens suing the U.S. in their courts for whatever the U.S. might do around the globe. It’s called reciprocity, and the concern is that if we start making exceptions then other countries will too. (This excellent explainer at Vox has more details.)

Supporters of JASTA say, though, that people should be able to sue state sponsors of terrorism,  and everybody knows the alleged sponsor in question here is Saudi Arabia. But there’s already an exception for suits alleging injuries caused by terrorism, as long as the foreign state has been officially designated as a state sponsor of terrorism, and—oops! Saudi Arabia is not on that list for reasons known as “oil.” So JASTA adds another exception, this one for injuries caused in the U.S. by terrorism and an act of a state or its officials anywhere in the world. It then goes even further by authorizing “aiding and abetting” liability (a notoriously vague concept) for anybody who helps or conspires with the terrorist. And of course terrorism = bad, but the problem is that other countries can define “terrorism” however they want, and the broader we make the exception the more likely they are to reciprocate.

But you don’t have to take my word for it on this one. Just read this letter that 28 senators sent to the bill’s bipartisan sponsors after the override, pleading with them to do something about the risk that the new law would have the “potential unintended consequences” of subjecting the U.S. to private lawsuits in foreign courts, and asking them to help fix it. They—

You said the Senate voted 97-1 to override.

—had all just voted in favor of the bill they were now complaining about, yes.

McConnell didn’t sign the letter, as far as I can tell, but he did blame the president for this terrible bill he had just voted to pass. “I hate to blame everything on him, and I don’t,” McConnell said, although neither of those things are true. “But,” he continued, “it would have been helpful had we had a discussion about this much earlier than last week,” he continued, meaning that the White House should have alerted Congress to the potential problem. (It did, repeatedly.) This meant that “[n]obody [in Congress] really had focused on the potential downside in terms of our international relationships,” McConnell said, accusing Obama of “dropping the ball.”

The short version, of course, is that everybody knew this was a bad idea but nobody wanted to vote “against” 9/11 families in an election year. So everybody voted for it and then immediately started looking for a way to undo what they had just done. A truly noble effort all around.